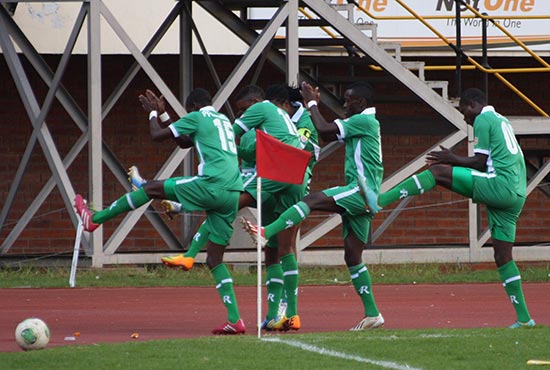 CAPS United were set to leave the country for Mozambique on Friday for a four-team pre-season invitational tournament.
The Harare giants will face Mozambican champions Ferroviaro Maputo, Ferroviaro Beira and Textafrica in the round robin format tournament.
It would be the second time inside eight months for United to travel to Mozambique for international matches after they also visited Chingale de Tete last June for a mid-season friendly match.
Caps United have also been playing pre-season tournaments outside Zimbabwe in the past two pre-seasons where they twice travelled to Malawi for the Zambezi Cup invitational tournament.
After the Mozambique tour, they are expected to travel to South Africa for a 10-day training camp where they are likely to play warm-up matches against Mamelodi Sundowns and Wits University.
Coach Lloyd Chitembwe was expected to carry with him to Mozambique 25 players including his new “Glactocos” Archford Gutu, Method Mwanjali, Tafadzwa Rusike, Brian Abbas Amidu, Edmore Sibanda and Dennis Dauda.
“Basically the purpose of this tour is team-building. Spending some time away from home will help the new guys gel with the others in the team,” Chitembwe said.
“So far our preparations for the upcoming season have been going on very well. We had been working on the players’ fitness levels and we are now getting much into tactics. We will be trying different combinations in Mozambique and we hope to come back home with a lot of positives in that aspect.
United lost 2-0 to Zambian side Kabwe Warriors in another international friendly match at the National Sports Stadium two weeks ago.Advertisement