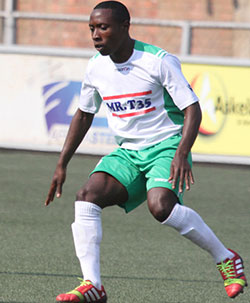 CAPS United have put their house in order ahead of Sunday’s hosting of Shabanie Mine when players were paid outstanding salaries and winning bonuses.
The Harare giants fell 3-0 away to Chapungu last weekend with utility player Hardlife Zvirekwi refusing to travel to Gweru for the assignment.
But the club moved in to arrest the turmoil this week and coach Taurai Mangwiro has welcomed the development as a boost ahead of the Shabanie match.
“In terms of focusing on the game, I think the players are now in the right state of mind and ready for the match. This has made preparations for the game easy,” Mangwiro said.
United have been having a good run at home this season where they are yet to be defeated and have won all their matches at the National Sports Stadium while drawing the other two at Gwanzura Stadium.
They face a Shabanie Mine side that has been struggling on the road.
“We have been doing good at home but we have to be careful not to underrate Shabanie Mine who have not been doing well away.
We want all the three points at home and we have to work hard for them,” Mangwiro said.
United have not won the league title since 2005.
FIXTURES
Saturday: ZPC Kariba v Chapungu (Gwanzura, SS9, 1500hrs), FC Platinum v Black Rhinos (Mandava), Chicken Inn v Chiredzi (Luveve)
Sunday: Hwange v Dynamos (Colliery), Caps United v Shabanie Mine (NSS, SS9, 1500hrs), Triangle v Highlanders, (Gibbo).
Monday: Harare City v Bantu Rovers (Rufaro SS9, 1500hrs).