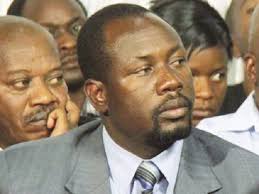 CAPS United President has expressed optimism that the green machine will bounce back from their disappointing start of the Premier Soccer league season in the Chibuku Super Cup.

Speaking on the sidelines at the launch of the Chibuku Super Cup tournament, Farai Jere welcomed the competition back, saying they look forward to becoming champions again despite obstacles ahead.

“We are looking forward to grabbing this one and obviously it’s not going to be easy, you know, our league has become so competitive,” Jere said.

Caps United boss also referred to the yesteryear times when football was dominated by big teams, saying it was now an equal playing field for all competitors in the Premier Soccer League.

“Obviously it’s not going to be easy. Our league has become so competitive you know players are going all over, of course because of the changes in environmental dynamisms. It’s no longer the time when good players used to stick to the big clubs Caps United, Dynamos and Highlanders,” he said.

Jere expressed buoyancy that the green machine, who are sitting on the 13th position in the league, will turn their fortunes around in the Chibuku Super Cup.

“The Competition is going to be quite stiff and we hope that we are going to overcome it and become champions,” pronounced Jere.

He remarked that Caps United, who will be facing 8th placed Black Rhinos FC, had been handed a fair draw.

“Its a fair draw and any team in the PSL at some point you are supposed to meet them…it might be in the league, so for you to become the best team, you need to play against the best.

“So we are happy, look at where Black Rhinos is, they are top there. They are playing very well, they are a top side and they are doing very well and we are actually looking forward to the opening match of the Chibuku Super Cup between Black Rhinos and Caps United,” said Jere.

Here is a full list of the first Round of Fixtures