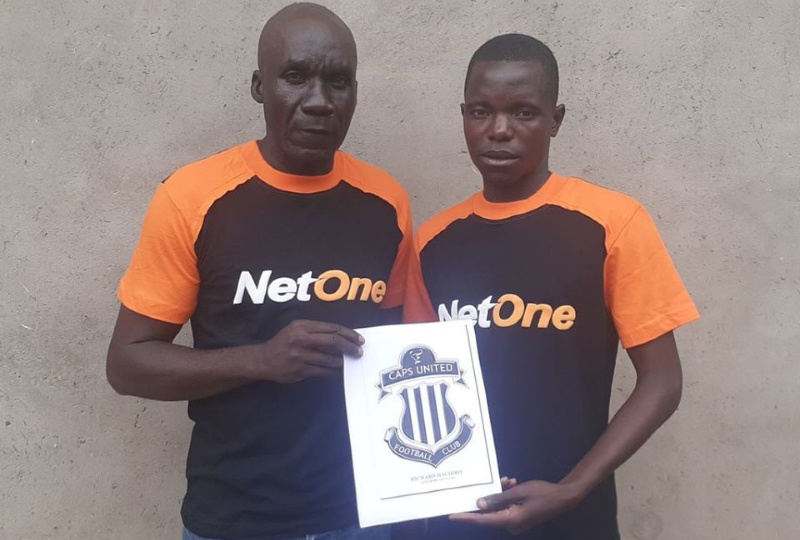 HARARE giants CAPS United have confirmed the capture of highly rated Warriors trialist Richard Hachiro from neighbours Herentals as they continue their rebuilding exercise following a massive clearout at the club.

Makepekepe, who came agonisingly close to winning the league title last season, confirmed Hachiro’s signing in a statement on their official social media accounts on Wednesday.

“Welcome to the Green Machine Richard Hachiro. He joins us from Herentals FC. Another national team player in our camp, a great season awaits,” the club said in a brief statement accompanied by a picture of the player and coach Darlington Dodo.

The 22-year midfielder has been one of the most consistent players at Herentals since their promotion to the topflight league two seasons ago.

After featuring in last year’s COSAFA Cup in Durban, the Mbare-bred player was also part of the national team squad of locally-based players that qualified for this year’s African Nations Championships (CHAN) tournament to be held in Cameroon.

He joins a long list of new signings at CAPS United, who include Ishmael Wadi, Tatenda Tumba and Munyaradzi Diro-Nyenye who all joined from Harare City, Leeroy Mavhunga from Yadah and talented former Chicken Inn player Innocent Mucheneka.

Just like their rivals Dynamos, Makepekepe have embarked on a massive recruitment exercise as they look to replace the majority of players from the squad that agonisingly missed the championship on the final day of last season.

The Green Machine came close to winning the league title last season, only to falter in the final lap when they lost their last two games against Ngezi Platinum and FC Platinum.

The near miss riled the team’s management who apportioned part of the blame to some senior players for leading a mutiny over unpaid dues ahead of their final two matches.

The fallout led to a massive clearout which saw Makepekepe off-load 11 of those players, including former captain Hardlife Zvirekwi.