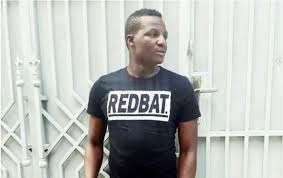 CAPS United football star, Oscar Machapa (31) was Thursday dragged to court facing charges of teaming up with his wife to beat up his pregnant girlfriend.

The footballer was charged together with his wife Bridget Horwe aged 28.

The couple was remanded out of custody on $30 bail each pending their trial.

They will be back in court on August 17.

According to the state, the complainant in this case is Machapa’ ex-girlfriend Ania Makoni, aged 29.

Court heard on July 7 this year, Makoni eloped with Machapa.

It was in the morning when her sister dropped her at Machapa’s place of residence in Highlands.

It is alleged that the complainant knocked on the door and was attended by Horwe who opened the door.

It is further alleged Machapa followed to the entrance and on finding that it was his ex-girlfriend, he then started assaulting Makoni before his wife joined in.

Court heard the wife reached for a log which he used to flog the girlfriend who sustained some injuries.

The complainant called her sister who rushed her to the hospital where she was treated.