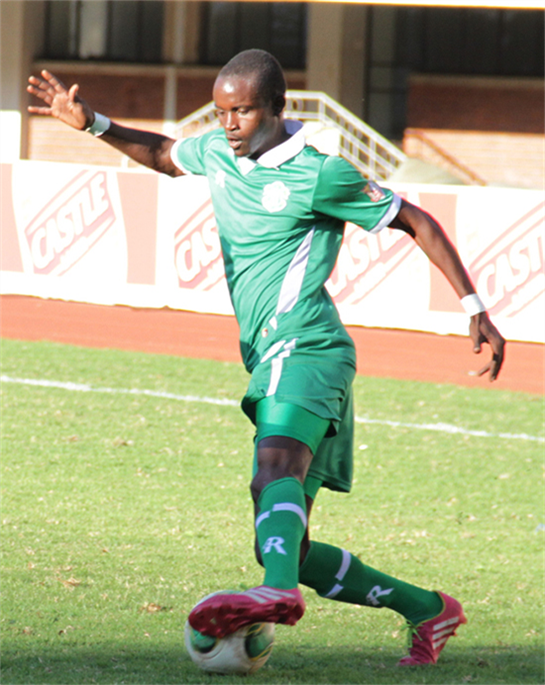 CAPS United will be without two of their key players, defender Ronald Pfumbidzai, and midfielder Kudzanai Nyamupfukudza, for their clash against Hwange at the National Sports Stadium on Sunday.
The players were suspended for accumulating three yellow cards each.
The PSL said in a statement that Pfumbidzai picked yellow cards in matches against Dynamos, Border Strikers and also against Bulawayo City last Sunday while Nyamupfukudza was booked in matches against ZPC Kariba, Triangle and the recent match against Bulawayo City.
Pfumbidzai has been one of the stand-out performers at Caps United this season.
Although, their success story in the campaign so far has been about team work and not individuals, Pfumbidzai is one player who has punched above his weight.
He has gone beyond the call of duty every time he has played and last Sunday, against Bulawayo City, he imposed himself on the game, with overlapping runs on the left
channel, helping the Green Machine to a deserved 2-1 victory.
And coach Lloyd Chitembwe, will have to do without him as he plots Hwange’s downfall in his bid to win his maiden championship as a coach.
But Chitembwe will argue that he has still posted good results without him and Hardlife Zvirekwi, one of the stars of this Caps United squad when they were called up for the Warriors to take part in the Cosafa tournament in Namibia.
Caps United, two points adrift of leaders Highlanders who have 26 points, have picked up 11 points in their last five matches after winning three and drawing the other two, the kind of form that should give them confidence going into the match against Hwange.
Highlanders’ Chicken test
They are the third best in-form team in the last five matches after Highlanders and Dynamos who have collected thirteen and 12 points respectively.
And with the log leaders facing off against Chicken Inn this weekend, Caps United have the opportunity to go top again.
But that shouldn’t make the tie against Hwange an easy one. The coal-miners might have dipped in form since losing coach Nation Dube after he was implicated in match fixing but they remain a real threat.
They lie in 11th place with thirteen points having won four matches lost five and drawn once but have one game in hand.Advertisement

They are coming from a dispiriting 1-0 defeat to premiership newboys Mutare City and will be looking to turn things around as the league programme staggers towards the halfway mark.