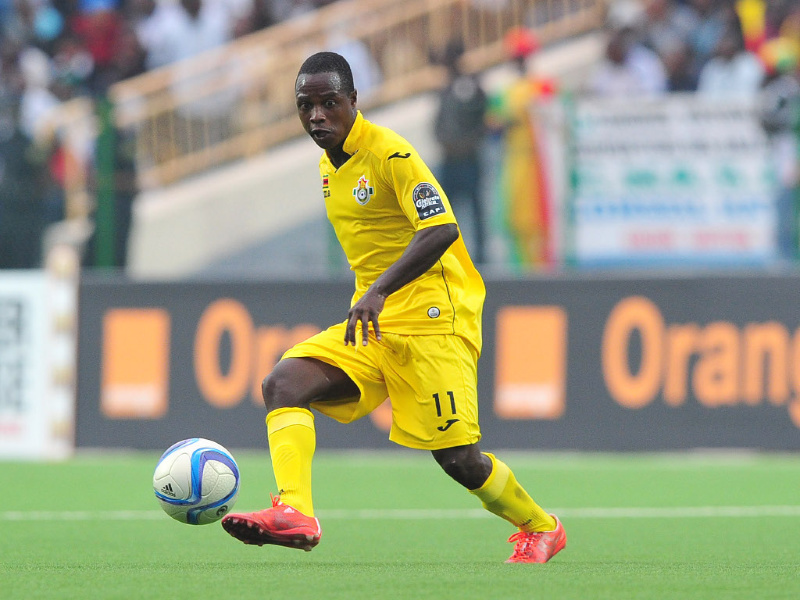 Comeback kid: CAPS United's Ronald Chitiyo is set for a return to action after a year on the sidelines
Spread This News

CAPS United midfielder, Ronald “Rooney” Chitiyo, is set to make his long awaited comeback to competitive football after almost a year on the sidelines, when Makepekepe host Bulawayo Chiefs in a Castle Lager Premiership match at the National Sports Stadium on Sunday.

Chitiyo has been out of action since sustaining a knee injury in February last year, when he was hit by a car in Epworth.

The 26 year-old former Warriors player, successfully underwent knee surgery in Harare in August after some delays which affected his recovery before starting training last month.

CAPS United however confirmed on Saturday that Chitiyo was now fully fit and whether he will be part of the squad to face Bulawayo Chiefs, was now up to the coaches.

“As we prepare for the Bulawayo Chiefs match tomorrow, we would like to announce the return of industrious midfielder Ronald ‘Rooney’ Chitiyo,” the club said in a statement.

“He was certified fit and is one of the changes in our line up tomorrow. One only needs to be at NSS.”

The return of Chitiyo comes as a boost to CAPS United coach Lloyd Chitembwe, whose side is enjoying a solid start to the 2019 Castle Lager Premier Soccer League.

Ex-champions CAPS are the only team in the Castle Lager Premiership yet to concede a goal as well as a defeat although they have played a game less than other top-flight teams following the postponement of their match against Chapungu.

After three matches, the Green Machine’s defenders are yet to be breached, having won twice against Manica Diamonds and Black Rhinos with similar 2-0 margins.

CAPS United also managed a goalless draw against Highlanders away at Barbourfields where a controversial Thabani Bamala refereeing decision denied them what could have been a genuine winner.

The Harare giants will be overwhelming favourites, against a Bulawayo Chiefs yet to pick up a point in the league so far and more worryingly they are yet to score after conceding seven in their first three matches.

Chitembwe however warned his charges against underestimating their opponents.

“It’s a new game and the whole idea is to try to play so that we get all three points. It is very important to have the right attitude for this match,” he said

“It appears Bulawayo Chiefs are struggling, but I am sure that they have just been unlucky not to get results in the matches they have played. We are sure that they are going to give us a good game and we are looking forward to the match. We have the right kind of motivation and confidence going in this game,” Chitembwe said.