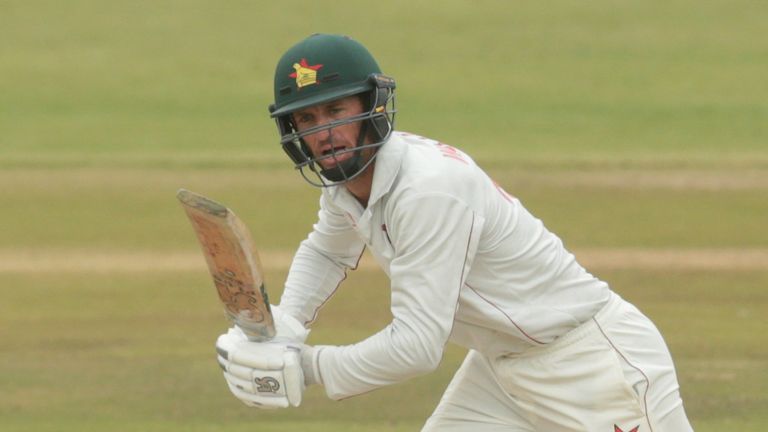 INSPIRATIONAL Zimbabwe cricket team captain Sean Williams has hailed his young side after the Chevrons powered their way to a rare away Test cricket victory with a 10-wicket demolition of Afghanistan, inside just two days, at the Sheikh Zayed Cricket Stadium in Abu Dhabi on Wednesday.

Despite missing several key players due to illness and injury, Zimbabwe still managed to put on an excellent performance on their way to an historic win which marks the first time they have won a Test match, inside two days.

Williams, who has been in brilliant form since taking over as the Test skipper, was full of praise for his young team for making his job as captain much easier.

“To win a Test match in two days with a young side is an extremely big feat for us as a team,” an elated Williams said during the post-match press conference via Zoom.

“And for me it’s huge. As I have got older and taken on more responsibility as captain and a senior player, I started to understand more about my own game and leadership skills, and how important my performance is through tough times.

“As a leader, you can’t show weakness, You need to be strong. That’s a big thing for me. I’ve had it tough, I’ve had it rough and I’ve just kept on pushing. I feel like I didn’t come this far, to just go this far.”

Williams led from the front after hitting his third Test century which enabled Zimbabwe to build a first-innings advantage of 119 on the second day, despite a six-wicket haul for Afghanistan spinner Hamza Hotak.

The century meant Williams has lost once, and averages 80.50 with two hundreds and a fifty in his three matches since taking over the captaincy.

His ton on Wednesday gave Zimbabwe a decisive lead as the bowlers dismissed their opponents for 135, with teenage opener Ibrahim Zadran’s knock of 76 ensuring that Afghanistan at least avoided an innings defeat.

Regis Chakabva (44) provided him with a useful ally, as they added a match-winning 75-run partnership, for the seventh wicket to take a big first innings lead.

Pace bowlers, Donald Tiripano and Victor Nyauchi led the way with three wickets apiece. Fast bowler Blessing Muzarabani picked up two wickets while there was one wicket each for spinners, Williams and Ryan Burl.