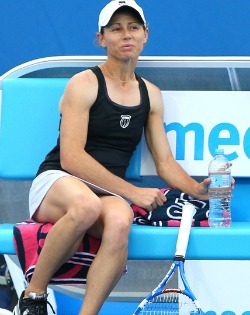 CARA Black and her Indian playing partner Sania Mirza are through to the third round of the women’s doubles at the season-opening Australian Open.
The sixth seeds edged the unseeded pair of Romanian Monica Niculescu and Czech star Klara Zakolova republic 7-5, 6-1 on Saturday for a berth in the third round.
Victory over the unseeded pair of Canadian Eugene Bouchard and Russian Vera Dushevino will see Cara and Sania storm into the Quarter Finals, the stage at which the Zimbabwean bowed out last year.
Cara has yet to progress beyond the Quarter Finals stage at the season opener since turning pro in 1998.
She however, breezed through the first round match against Australians Tammi Patterson and Arina Rodionova, winning 6-1, 6-4.
But the Zimbabwean was not so lucky in the mixed doubles however.
Playing with Britain’s Jammie Murry, Cara was beaten in the first round 6-2, 6-4 by the unseeded pair of Brazilian Bruno Soares and A.Medina Garrigues of Spain.Advertisement