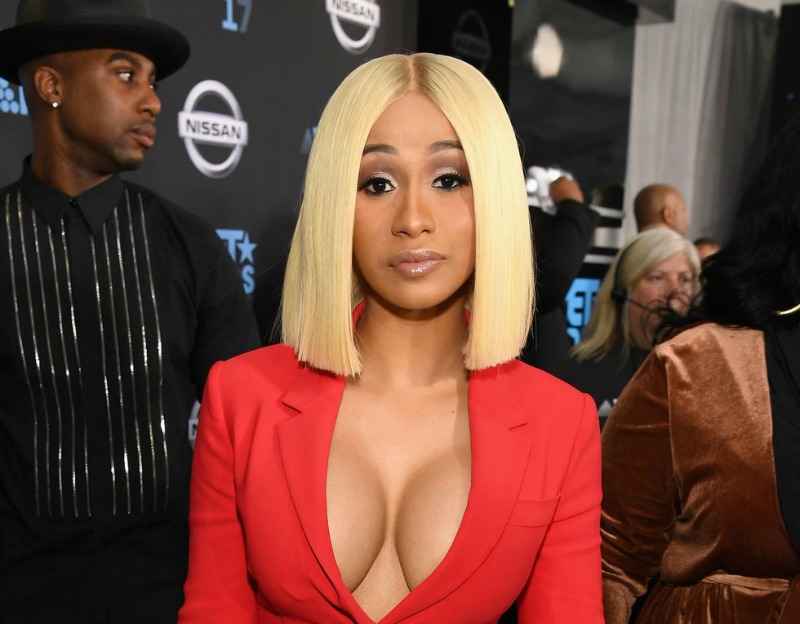 Cardi B feels pretty strongly about the government shutdown and President Donald Trump’s proposed border wall. So she wasn’t having any of it when Fox Nation host Tomi Lahren mocked the rapper as “the latest genius political mind to endorse the Democrats” on Twitter.

“Leave me alone I will dog walk you,” the singer shot back Sunday.

“I’m sure you would,” Lahren replied. “Still doesn’t make your political rambling any less moronic,” adding the hashtag #BuildThatWall.

The fun started last Wednesday when Cardi went on a tear on Instagram, denouncing Trump for ordering federal government employees back to work without pay, among them IRS agents and FAA and FDA safety inspectors.

“Our country is in a hellhole right now,” she lamented in a video. “All for a (expletive) wall. … This is crazy.”

By Saturday, she had doubled down on her complaints, laying blame on those who back the president in his effort to get congressional funding for a wall between the United States and Mexico.

“All you Trump supporters should work for free while the government is shut down to show your support,” she wrote.

At some point thereafter, Cardi caught wind of Lahren’s comments, prompting the rapper’s rebuke, which is slang for a beatdown.

“You’re so blinded with racism that you don’t even realize the decisions the president you root for is destroying the country you claim to love so much,” Cardi continued. “You are a perfect example on no matter how educated or smart you think you are you still a SHEEP!”

It only got messier from there, when Democratic congresswoman Alexandria Ocasio-Cortez of New York entered the fray and Lahren responded: “I do fully acknowledge @iamcardib is smarter than YOU.”

The government shutdown, officially the longest in U.S. history, is now on Day 30. Last week, Trump signed legislation guaranteeing that furloughed workers will be paid retroactively, though it’s unclear when.

The shutdown was triggered by a fight between Trump and congressional Democrats over funding for a wall along the border. Trump wants $5.7 billion to build the structure, but Democrats say a wall would be costly, ineffective and, according to House Speaker Nancy Pelosi, an “immorality.”