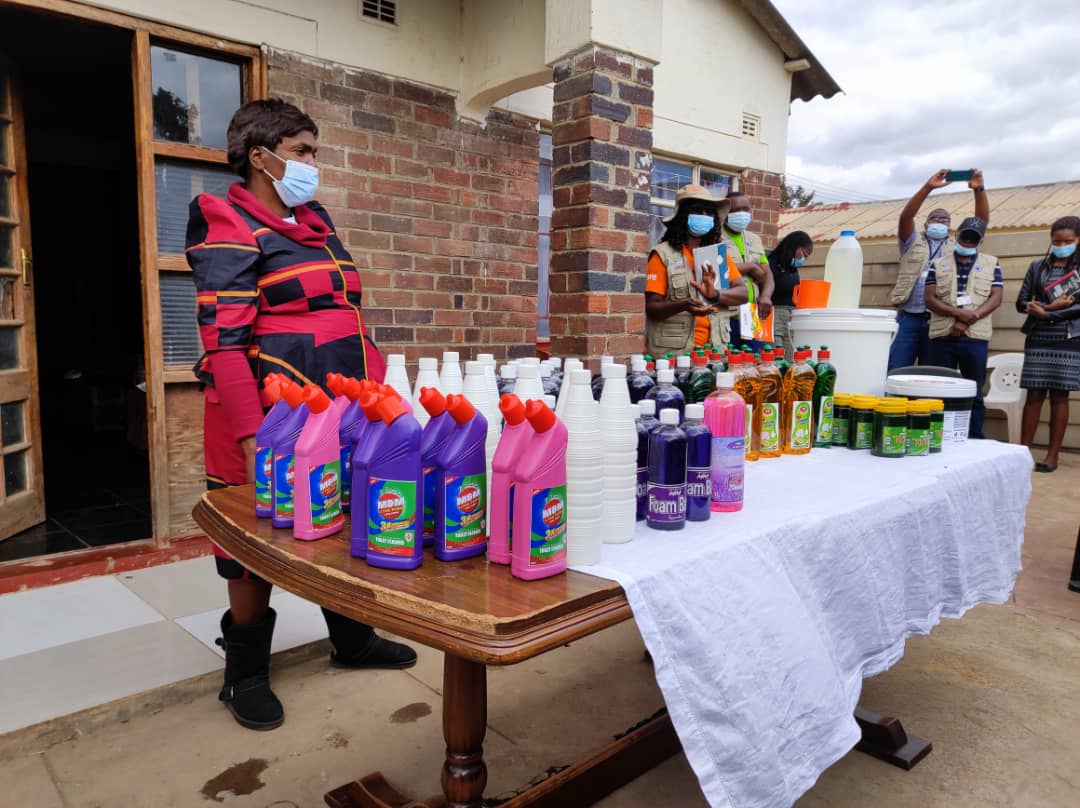 CARE International in Zimbabwe’s around US$845,000 Covid19 resilience projects are set to leave lasting impressions, with beneficiaries testifying that they have received lifelong knowledge which will catapult them into entrepreneurs.

Dubbed Urban Food Security and Resilience Building Project (UFSRBP), the endeavor was birthed out of the realisation of rising hunger and poverty levels in the urban areas at the peak of the Covid-19 pandemic.

Speaking to NewZimbabwe.com recently on the sidelines of a media tour, the UFSRBP project manager, Shingai Saruchera, said the project sought to strengthen the absorptive, adaptive and transformative capacities of at-risk communities in 13 urban wards of Norton and in 12 urban wards of Masvingo.

“This was in a bid to mitigate the effects of shocks and stresses in a manner that protects livelihoods and recovery gains while supporting sustainable transformation.

“The project builds on the gains of the urban resilience building pilot project that was implemented in Norton from January to June 2021 and the cash and voucher assistance (CVA) Programme towards innovative resilience and livelihoods activities,” he said.

Boroma stressed that the strategy is part of the organisation’s thrust to migrate from just food distribution to building self-sustaining capacity within the community.

Mary Mushonga (57) of ward 11 Norton , a project beneficiary who was assisted to specialize in detergents manufacturing, hailed the support for going a long way towards generating revenue to fend for her nine family members.

“ I would like to express my profound gratitude to Care International Zimbabwe for the support they extended to me . I am now a small-scale entrepreneur managing to supply detergents within my local community of Norton and other areas like Zvimba and Bindura,” she said.

She underscored that some of her unemployed children have also come on board to assist in the manufacturing , distribution and sale of the detergents.

Norton’s ward 8 resident, Shingai Boroma, who was supported to expand her broiler production business, hailed the project for transforming her family’s lives meaningfully , enabling them to meet their food needs while sustaining their small business.

“From the first batch of 50 chickens, I received plus 8 by 50kg bags of broiler feed. I realised a total income of US$264 and reinvested the capital into the business. I was also able to pay my rentals, leaving me with a net income of US$18,50 ,” she said.

Boroma noted that the project had also taught her to invest in other income generating activities to broaden the sources of income, a development she said has kept her with enough income.

Mushroom grower, Angeline Chabata, hailed the project for equipping her with knowledge on internal savings and lending skills, which in turn generates some profit through interest rates as well as establishing a capital base for club members to borrow.

The project is set to end soon in Norton and will run up to December 2022 in other areas.