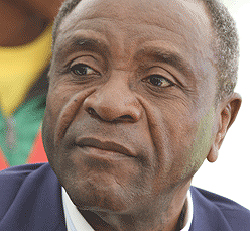 ZIFA president Cuthbert Dube will battle former association head Trevor Carelse-Juul in the elections slated for March 29.
The third candidate is Leslie Gwindi, who was confirmed after the Electoral Committee meeting to vet candidates on Friday.
Gwindi was thumped 35-1 in the last elections in 2010 by Dube and stands very little chance of winning.
Carelse-Juul presents the biggest challenge to Dube’s bid for a second term in office.
Some 62 officials who form the Zifa Council will vote in the landmark elections with the Premier Soccer League presenting the biggest block with 16 voters, and only three of them likely to back Gwindi.
Gwindi, backed Dynamos boss Kenny Mubaiwa last week in the PSL elections, who was soundly beaten 12-3 by Twine Phiri.Advertisement