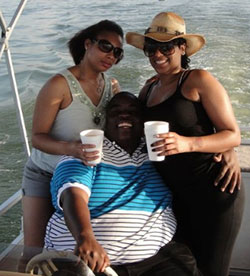 “I’m a miracle baby … I refuse to lose … rich forever … I talk money” – Sir Wicknell Chivayo
LIKE many in the Diaspora, I am hungry to know what is going on in Zimbabwe. As a result, I read most publications on Zimbabwe and current affairs on and about Zim. In addition, In the last couple of years I have begun to rely mostly on the stories from relatives and friends who, on their return always finish their story telling with ”zvekumba zvinotoda uchizvionera wega” or “you are now just too fragile for Zim because there is just a certain way of getting things done at home”.
For the 11 years I have been away, I have started to realize that when I looked at Zim and my ideas about Zim that are being formed through pictures of people partying in the hottest clubs in Harare, women’s forums, artists political commentary and economists or Philip Chiyangwa’s midlife crisis videos, I began to see something else. For such a long time we have looked at the political and economic impact of the last ten years but no one is looking at the social consequences of the last ten years. As I watch, looking at a society I loved and that nurtured me, I start to realize that our sense of values and sense of identity (here I mean the real values that allowed social cohesion and respect for one another) are slowly, but surely, eroding.
Like many on social media, it was a friend from home who informed me of this self-proclaiming ‘strapping young man’, who through ingenious manoeuvring and quite substantial risk-taking, rose to become a Facebook sensation. As people commented on his profile, which he populates with obscene amounts of bundles of US dollar notes, well enough to get you questioned by Scotland Yard here, I realized through what he wrote that actually, he was providing another window into what our society has become – a place where if you are poor, you are stupid and probably aren’t praying hard enough. A society that, for the most part, operates on envy and the absurd idea that people have to be envious of you. A society whose idea of success can only be measured by material accumulation and the idea that, unless you own several western luxury cars, taking trips abroad and are a member of the inner circle, you might as well be hiding somewhere in self-pity.
Advertisement

Everyone on social media wants to look at Wicknell, pardon my manners, Sir Wicknell Chivayo, as a one off. That kid who grew up poor and through shady deals, a little stint in prison and clever manoeuvring in a corrupt kleptocratic society, has managed to take advantage of opportunities in Zim to create without much expertise, a solar harvesting company that got him a ¾ of a billion dollar deal with the Chinese. That might or might not be true, I don’t know. However, he makes no secret of his deals by being photographed with people I read about in The Guardian. I am however, fascinated by these ‘haters’ who follow him. So you can imagine I was very disappointed when he announced that his girlfriend (whom we don’t know and somehow feel we need to know) had asked him to remove himself from social media.
It’s easy to judge him crudely but, from another perspective he is a symbol of what ‘We’ have become. Be it the narcissism of the Diaspora community, the excess over-consumption and hubris that characterizes the wealthy and privileged in our society. The corruption that has created an indifference to the plight of others, seeing people on the margins of society sometimes as people who deserve pity and not genuine dignity and equal treatment – not the kind that gets the third sector donations from the Western societies. As one women’s rights/ gender activist whose responsibility is to expand and empower women in our society ironically termed, “these village house girls whom, we give everything to and who don’t have to work from the time I leave for work at 08:30am until my kids and I come back but, are still ungrateful they want to leave”. The village girl who was bombarded with half-baked feminist/women’s lib American dream rhetoric and given a dose of inspiration on how to “aspire for her dreams “and still chose to go home to be with her family.
Without going into the salacious stories that characterize evangelical churches that seem to be mushrooming everywhere, we need to look at our values and start taking them seriously. Everyone in our society is preaching the prosperity gospel. However, we have neglected to check what it means to live a meaningful life. A life that is not fashioned around an Americanized sense of consumption but, on values and culture that are our own. A culture that saw service and contribution as vital not a need to create a cult following that undermines all thought and crushes all intellectual reason. A people who just by virtue of sharing a totem you became as close as blood relatives. Ubuntu, Hunhu which supersedes economics or sanctions but, protects our identity as a peace-loving and caring society.
Maybe I had a romanticized view of Zim, I don’t know. However, I do know that we used to be better than that. The Japanese have a saying; a society that is rich “keeps one eye in the past and another in the future”. We had artists who aspired to our greater good. We had economists like Paul Mukondo who produced “Mari nehupenyu wevanhu” which aimed at informative economic discourse that was not filled with jargon. We had, and thank God, still have Strive Masiyiwa who is a great example of what true humility can inspire. We were able to have great teachers and nurses and educated people that the world looked to and hired in the last ten years because of our humility and humanity and respect for each other. We lose this we lose our identity as Zimbabweans.