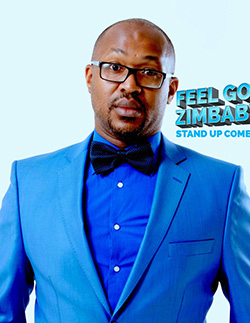 ZIMBABWE’S leading stand-up comedian, Carl Joshua Ncube, will traverse the country in an ambitious tour that will see him tour over 15 cities and towns over the next two months.
Dubbed Feel Good Zimbabwe Stand Up Comedy Tour, the excursion will kick off in the capital on August 1 and end in Bulawayo on 5 September.
Other towns included on the trip include Norton, Kwekwe, Kadoma, Gweru, Hwange, Victoria Falls, Domboshawa, Kariba, Karoi, Bindura, Mutare, Chimanimani and Masvingo.
During the tour, the top comedian hopes to establish regular comedy clubs, scout for new talent and record his shows for a television series and for DVD distribution.
“We will be travelling in a branded bus as well which is an exciting development. This will make Zimbabwe Stand Up Comedy stand out as well as give corporates yet another way to reach their intended markets,” says Ncube.
So far, Carl and other comedians in the country have successfully managed to start comedy nights around the country including in areas such as Norton, Masvingo, Gweru, Bulawayo and Harare.
This is how much we love our President!