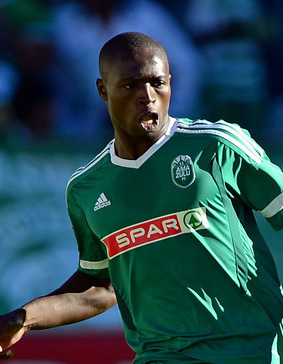 FORMER AmaZulu captain Carlington Nyadombo has been training with Bidvest Wits in the hope of earning a contract after becoming a free agent.
The former Zimbabwe captain was dismissed by Usuthu for dishonesty earlier this year, having also missed a flight before a match against Bloemfontein Celtic.
He was suspended and thrown out of the team completely as AmaZulu ended the season in last place, condemning them to the National First Division this season.
Nyadombo’s representative Mike Makaab has now revealed that his player is being assessed by Wits head coach Gavin Hunt in the hope of securing top-flight football this season.
“Nyadombo at the moment is training with Wits and we will see on their assessment if they want to have him or not,” Makaab tells KickOff.com.
The 29-year-old joins a host of players all trying their luck with the Clever Boys, including compatriot Sankhani Nyirenda.Advertisement