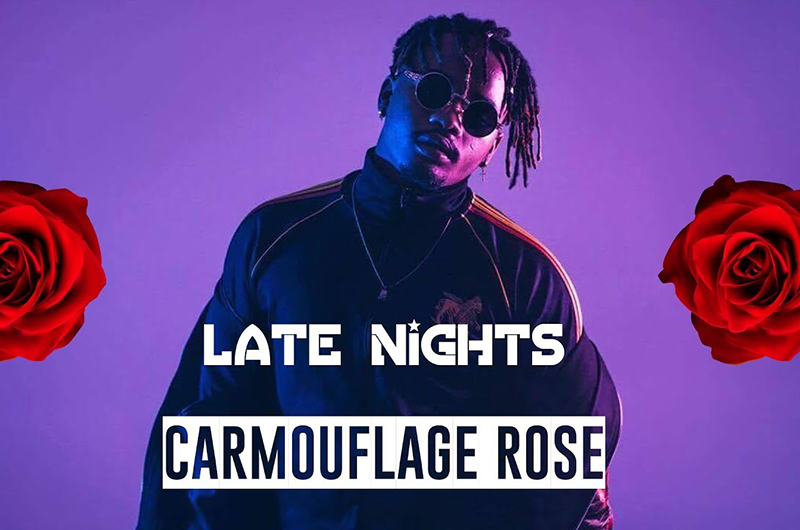 One day, I was in the studio, I was like ‘I’m going to stop acting like a rapper, and start being a rapper.’ This is what I do.”

WHO is Carmouflage Rose? It’s a question that you might be asking yourself very soon, with the Brisbane-based rapper set to leave his mark on Australian music.

Having released only two songs, Late Nights and Wildflowers, he’s already received extensive radio play, both in Australia and overseas, as well as hitting the ARIA charts.

Hailing from Zimbabwe, before coming over to Australia as a refugee, the rapper known as ‘Larry’ to his friends is staying grounded, despite recently signing with Sony. Red Bull spoke to Carmouflage Rose about all things music, from his beginnings with fellow rapper Manu Crook$ to getting recognised internationally and the state of the urban scene in Australia.

It’s easy to get caught up in his excitement about music. Indeed, in his own words, music “is the only thing I ever did that made me feel like I wasn’t working. It doesn’t feel like working. It feels like having fun”.

He explains his origins in music through a story from when he was back in Zimbabwe.

“All my friends used to make music. They were in a singing group, a rap group. I was the dude chilling in the studio and criticising everyone’s stuff. One day, my friend said, ‘since you like criticising us so much why don’t you write some rap?’

“I never did. Then, I came to Australia as a refugee. I had no friends, and I was staying at my mum’s place. My mum walked into the room while I was listening to music, and she said kind of the same thing. Then I wrote some bars, and here I am talking to you!”

At the time of the interview, Carmouflage Rose was preparing to play Groovin The Moo, one of Australia’s biggest festivals. For an artist that hasn’t released too much music, you might think he would have been phased by such an opportunity.

However, his attitude towards such a stage reflects why he is becoming one to watch.

“I love playing music. It’s what I was born to do,” he says. You’d be hard pressed to find a musician that spends as much time in the studio as him, as he claims “that’s my 9-5. That’s my burger flipping. That’s my deep frying. That’s my picking up plates.” 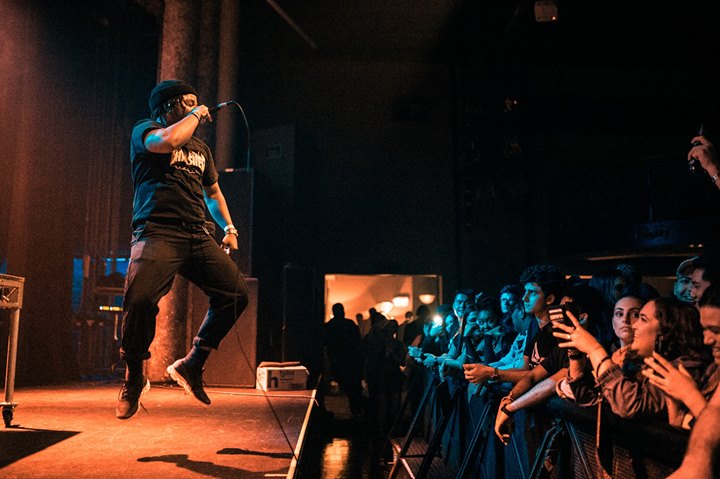 Carmouflage Rose during his ‘Wildflowers’ Tour

He’s equally hungry when it comes to consuming music. Larry has a laundry list of influences, ranging from Damian Marley to Kanye West. Equally inspired by dancehall and rap, this allows him to traverse genres with ease.

Despite having such international influences, he’s firmly rooted in the Australian hip hop scene. Indeed, fellow rising star Manu Crook$ collaborated with Carmouflage back in 2013.

“We just got it pulled offline because we sound so young, we were like teenagers,” he says.

He points to this as a sign that “it didn’t just happen overnight. We’ve been working, putting in the hours together”.

However, he had to change his mindset to get where he is today.

“I was living with too much validation. I was looking for approval and writing music for approval. When I started writing music for myself, and music about how I felt, that’s when it started to happen. Holding the title of a rapper is very hard. One day, I was in the studio, I was like ‘I’m going to stop acting like a rapper, and start being a rapper.’ This is what I do.”

Carmouflage Rose is a competitive spirit, and this extends to all aspects of his life. While in conversation, he laid down the gauntlet for me to play him in a game of chess. This competitive spirit is part of the reason why he’s forged a career in music.

“When I was in Sydney, back in 2013, I went to an open mic at the Oxford Art Hotel, and I bombed. It was my first time on stage. I feel like I’ve got this thing where if I lose badly or fail at something, I want to change and work on that part, and change my weaknesses to my strengths.”

This is what changed music from his hobby to his passion.