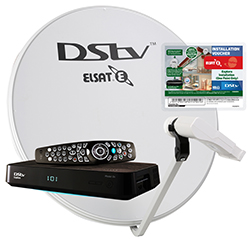 BANKS in Zimbabwe have further tightened the screws on payments for MultiChoice’s platform, DStv, halting internet and point-of-sale payments as the cash squeeze in the country worsens.
Meanwhile, the Reserve Bank of Zimbabwe has said it would not introduce $10 (R135), $20 and $50 bond notes.
Zimbabwe has about $140million (R1.8billion) in bonds in circulation, but these had not curbed a shortage of bank notes. According to government officials, these bond notes were equal in value to the US dollar.
“The Reserve Bank of Zimbabwe wished to advise of the false statements being circulated on social media regarding the introduction of $10, $20 and $50 bond notes, the prohibition of use of MasterCard, Visa card and Maestro outside the country,” John Mangudya, the governor of the central bank, said.
Most banks have, however, ­advised depositors that they had to make special arrangements to use their debit cards outside the country. But debit cards such as Visa and MasterCard did not pay for DStv subscriptions for ­non-account holders with Zimbabwean banks.
However, some banks such as the Post Office Savings Bank have been accepting US dollar payments for non-account holders.
CABS, a bank owned by Old Mutual in Zimbabwe, has written to depositors, saying that “DStv payments will only be available to Platinum and Gold class customers”, while internet payments were also “unavailable”.
Zimbabwe is battling acute foreign currency shortages, and government officials have slammed spending on non-essential services such as DStv. In line with this, banks have been tightening payment options and now allow only one payment per account through local transfer, mobile banking and cash, which is in short supply.
Banks are blaming the shifts in payment platforms for the pay television service on foreign currency shortages in Zimbabwe.
Elizabeth Dziva, a spokesperson for MultiChoice Zimbabwe, has said that “at this stage the impact to the business has not been evaluated” yet.
However, in a bid to “provide convenience for our customers, MultiChoice continuously looks at alternative payment options to make available” to its clients in the country.
Zimbabweans spent $45 million on DStv payments in the second half of last year as the country grappled with a worsening cash crunch.Advertisement

The government believed this money should be used to import key raw materials.