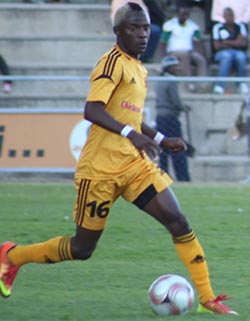 CHAMPIONS Dynamos are still battling to snatch big name players they desperately need for next year’s Caf Champions League campaign.
The Harare giants have only managed to secure the services of ex-Monomotapa winger Ronald Chitiyo, defender Themba Ndlovu from Buffaloes and former Triangle midfielder Walter Mukanga.
With the acquisitions lacking international exposure save for Chitiyo, coach Callisto Pasuwa lacks the much-needed experience that has seen them fail to get into the groups stages on the past three seasons.
Four days remain before the CAF player registration deadline and manager Richard Chihoro said they are making last ditch efforts to snatch their targets.
“We are hopeful we will get our men in the few remaining days. We are left with only two or three players and I am sure we will finalise negotiations amicably. We will start training tomorrow (Friday) and we are trying our best to assemble a strong squad,” Chihoro said.
Several names have been linked to Dynamos with Bantu Rovers winger Kuda Mahachi appearing undecided on whether to join Dynamos or Highlanders.
Midfielder Tafadzwa Rusike, formerly of Ajax Cape Town is another player being courted by Dynamos.
But financial issues have been the major stumbling block with the club failing to pay signing-on fees.
Dynamos begin their Champions League campaign in February with a date against Botswana giants Mochudi Centre Chiefs in the preliminary round.
If they manage to hurdle that stage, they will be in for a mammoth first round test where they face either AS Vita of the DRC or Nigerian side Kano Pillars.Advertisement