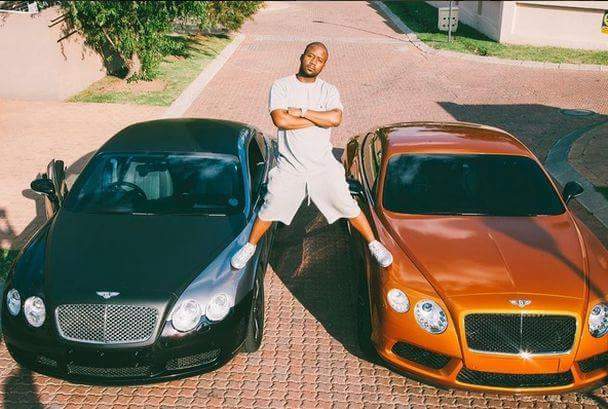 Cassper Nyovest has become a clapback king of note and sends followers back to their lane with bucket loads of spice.

It’s no secret that Cassper has often been criticised for flexing about his flashy watches, that mansion and his fancy rides.

But guess what? That isn’t going to change anytime soon.

A spicy exchange between the rapper and a fan makes this crystal clear. It all started after Cassper shared the iconic picture of him balancing between his two Bentleys that went viral when he first shared it and became a meme that’s been widely used since.

A follower replied to the tweet expressing his “disappointment” in Cassper.

“I’m disappointed in Cassper. I thought he’s different from all these artists who brag about material stuff. I thought he’d bring change to young entrepreneurs or artists out there. You used to be my inspiration. I guess it’s just a another failure from those we call role models,” said the tweep.

The comment obviously didn’t sit well with Cass, who flat out told the tweep to find another role model. Ouch!