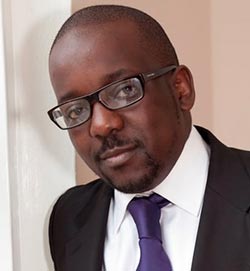 ZIMBABWE Achievers Awards International has announced the imminent launch of the much-anticipated ZAA USA as it continues to spread its wings, with successful events already held in UK and South Africa.
The US awards ceremony is scheduled to be held on the 19th November 2016 at The Westin Stonebriar Hotel & Golf Club, with nominations set to open for the public on July 1, 2016.
The event will emulate the Zimbabwe Achievers Awards in the United Kingdom and South Africa.
ZAA chairman, Conrad Mwanza, said the awards were an epitome of distinction in various categories that comprise the Zimbabwean community living in the US.
“The inaugural Zimbabwe Achievers Awards US will be a unique opportunity for the many Zimbabweans in the US to celebrate their own successes,” said Mwanza.
“The objective of the awards is to recognise and celebrate the various individuals, companies and organisations that have flown the Zimbabwean flag flying high and have significantly contributed to growth in their respective fields and communities,” he added.
Brian Mureverwi the ZAA US CEO promised a night of glitz and glamour at the event that will see some of Zimbabwe’s best and brightest being showcased on the red carpet.
“The Zimbabwe Community welcomes ZAAto the US,” said Mureverwi.
“The awards will have a number of categories that recognise people in business, community, arts, people’s choice award, in addition to a Friends of Zimbabwe Award.”
The high profile awards have become the highlight of celebration for professional and artistic achievements by Zimbabweans in the UK and South Africa and have consolidated the awards brand in the two countries, The Organizers felt it was time to extend the platform to the US.
To Nominate please visit http://www.zimachievers.com/usa/
CATEGORIES
1. Business of the year
2. Female Entrepreneur of the year
3. Male Entrepreneur of the year
4. Professional of the year
Community:
5. Community Organization of the year award
6. Community Champion of the year award
The Arts, Culture and Sports:
7. Outstanding achievement in Music
8. Sports Personality of the year awardAdvertisement