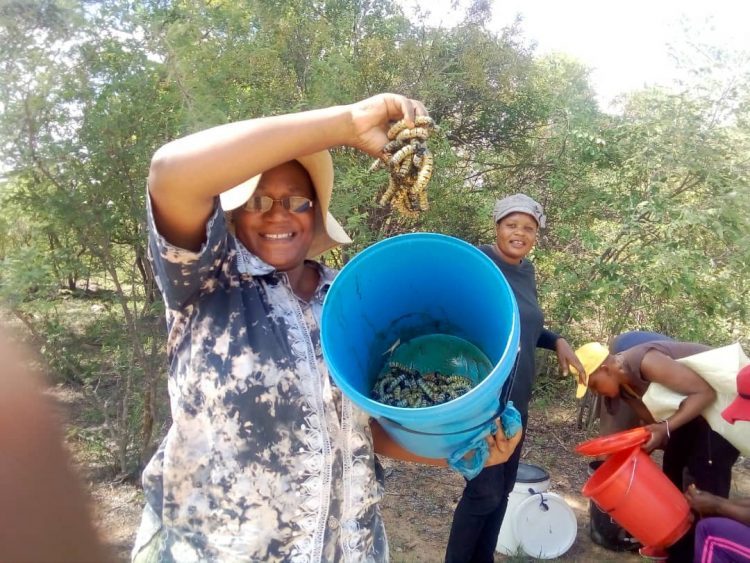 Speckled yellow and white caterpillars, known locally as mopane worms, are harvested and eaten as a delicacy by hundreds of thousands of people across the region at the height of the southern African summer.

“Mopane worms are a good source of iron and zinc,” says Molly Muleya, a UK-based Zimbabwean food scientist who has investigated the benefits of adding the caterpillars to traditional porridges made from maize, sorghum and millet.

“Our results indicated that fortifying porridges with about 10% of mopane worm (2-3 teaspoons per serving) increases iron and zinc content,” said Muleya, who is based at the University of Nottingham.

Zinc helps immune systems to function properly, but it is sometimes lacking in traditional diets. A 2015 survey, for instance, found zinc deficiency affects a third of Zimbabwean children under the age of five.

Fortifying porridge with mopane worms, which can be ground to a powder with a coffee grinder or pestle and mortar, is a low-cost strategy to fight mineral micronutrient deficiencies, Muleya said.

Mopane worms, the larvae of the Mopane moth (Gonimbrasia belina), are collected, dried and eaten as a crisp snack or cooked and served with sauce in villages and towns throughout Zimbabwe. They’re known as madora or macimbi in the local languages, and are reputed to be more nutritious than beef.

He said the “diasporan community of Africans in Europe and the United States of America” were obvious markets, but the organisation is also reported to have its eye on wider markets in Europe and Asia, especially Japan.

A lot still needs to be done to turn what is currently a seasonal, subsistence practice into a commercially viable sector, said Majaha.

“The sector has not been developed but we have seen the opportunity in this,” he said, adding that ZimTrade envisages mopane worm farms in areas where the caterpillars occur naturally to ensure consistency in supply.

If farming the caterpillars is the answer to ensuring supply, one group of farmers is ahead of the curve.

Mopane Worms Enterprises (MWE), a four-year-old business venture located near the arid eastern diamond fields of Marange, breeds caterpillars and teaches other farmers how to do so. It also grows seedlings of the mopane tree, the caterpillars’ favourite food.

Speaking over the phone from his one-acre plot just five kilometres from the diamond fields, the group’s co-director Blessing Mutedzi said: “We are the only ones doing mopane worm farming. I’ve never heard of anyone else doing this.”

Mutedzi says if the government is serious about promoting mopane worm exports, more land will need to be given to farmers to grow mopane trees on, and farmers will need training and education to understand that mopane worm farming is a serious business.

He said the dried worms sell for as much as 14 US dollars per kilogramme. Farming them, as opposed to harvesting them in the wild is likely to boost supply and bring the price down, as well as safeguard the species from unsustainable practices in the wild.

Many harvesters have been cutting down trees to gather caterpillars clinging to inaccessible branches. In other areas, the caterpillars are simply over-harvested. Mopane Worms Enterprises releases a percentage of its caterpillars into the wild to ensure they turn into moths and propagate the species.

Not everyone is so careful. In Chiredzi, in the south-east of the country, mopane worms used to appear in their thousands each summer, says Mutedzi. “But today… nothing. You can’t see any. They are endangered by humans.”

Back in the UK, researcher Molly Muleya envisages the day when mopane worms and other natural products are recognized in Zimbabwe and beyond for their superior nutritional value.

“We need innovation to transform mopane worms and other edible insects into attractive products that are appealing to everyone,” she said.