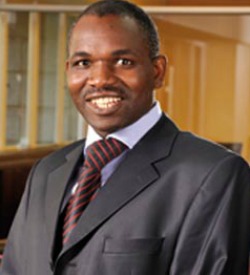 WILLIAM Mukurazita’s deposit at the bank has four legs and moos.
Zimbabwe’s first “Cattle Bank” has just opened its books in a unique kind of banking where owners bring in their animals as collateral against cash loans.
For many rural poor in a country once wracked by world-record inflation, it’s the first bank account they’ve ever had.
“Cattle banking is the only way owners can get monetary value for their animals without having to sell them,” bank executive Charles Chakoma told The Associated Press amongst fields and small farming plots near Marondera, east of Harare, the capital.
Owners accrue interest and have the option to get back their cattle after an initial two years or leave them with the bank for longer. Depositors can get loans of an equal value of the cattle they have put in the bank.
In the event the owner fails to repay the loan, the bank keeps the animals. When an owner dies, a close member of the family can take over payment of the loan and ultimately get the cattle back.
The bank, which owns several fast food outlets across the country, says it also will slaughter aging cattle for beef and replace them with more productive cattle of the same value.
Mukurazita, 69, and his wife, Elizabeth, 66, kept about 70 head of cattle at Masomere village, 140 kilometers from Harare. But poor health stopped them from looking after their herd and at least 20 animals died or were stolen, Elizabeth Mukurazita said.
Now they have “deposited” 24 cattle at the TN Bank, named after its founder, financier and social innovator Tawanda Nyambirai. The couple now has $10,000 worth of cows in the bank.
“If we only knew about this cattle banking before, we could have saved all of our herd,” Elizabeth Mukurazita said.
A veterinarian checks the animals and the bank pays to transport them to paddocks it has bought across the country for fattening and cross-breeding programs. Owners are issued with the bank’s ‘Certificate of Cattle Deposit’ as proof of a transaction.
As bank officials log in their cattle, the Mukurazitas look worriedly at a scrawny calf whose mother has died days before. Two other calves nurse from their mothers. The envious, starving orphan makes an attempt to reach for the cow’s udder but is kicked aside and wanders off to graze awkwardly on a small patch of grass.Advertisement

Untended, it will die within days, said Chakoma, the banker. The state veterinary official passes the calf and values it at $49.
He said the bank wasn’t supposed to accept unhealthy animals, but that this particular calf might survive because it was able to graze on its own. He requested anonymity saying he needed his superiors’ permission to speak to reporters.
Only 20 percent of Zimbabwean cattle are in commercial ranches. The rest – some 3.5 million village animals – are valued at more than $1 billion, Chakoma said.
The TN Bank wants to reassure Zimbabweans that despite years of world record inflation their bovine savings are safe, he added.
In traditional rural society, cattle symbolize wealth and play a role not just in farming but as marriage dowries, funeral sacrifices and appeasers of ancestral spirits.
Many cattle owners are reluctant to give up such a valued status symbol, but Chakoma said cattle banking eases the burden on the elderly, left behind as young people head for the cities.
“Farmers may not want to part with their animals but we try and persuade them to keep a few for tilling and milking as the rest will just be a burden to them,” he said.
During the dry season, there is less pasture and cattle roaming in search of grass often get lost or stolen. In winter, the cold can kill them.
Interest can be paid in cash or cows. The Mukurazitas say they’d prefer it in cows so that their son can take over managing a new herd and get more land later.
“We don’t necessarily want the cash; we want to improve our herd,” said William Mukurazita.