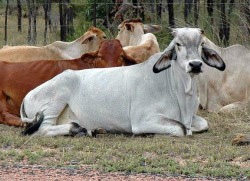 GOVERNMENT continues to suppress the growth of beef production in the country to favour other agro-based industries despite the industry having the potential to earn the country the much need foreign currency, it has emerged.
Zimbabwe used to earn $45 million annually through the exportation of beef and other by-products to the European union when the Cold Storage Company was still the largest meat processor in Africa, before the country’ economy took a nose dive largely blamed on government’s mismanagement of the economy.
Masvingo Beef Producers Association chairman, Robert Makado said government has sidelined the industry since the land reform program, particularly in Masvingo despite the province being home to half of the country’s largest herd of cattle.
Makado said the province has in excess of two million herd of cattle becoming the country’s main producer of beef.
He added that the exorbitant taxes of $5 per hectare annually which were imposed on cattle farmers was not sustainable to cattle farmers who some own over a 1000 hectors of cattle ranches.
“Government does not take the beef industry seriously like what it does in other sectors particularly tobacco producers some farmers in the province are paying over $7,500 in rentals only per year without factoring other costs which include purchasing of stock feeds.
“When tobacco farmers raise their concerns, they are immediately addressed but when it comes to beef producers our concerns seem to land on deaf ears,” Makado said.
He however, commended the $18 million dollars extended by the NSSA towards the revival of the Cold Storage Company as a positive development towards the growth of the industry as farmers had fallen prey to private abattoirs who are charging uncompetitive rates to farmers.
“In Masvingo we have a state of the art CSC abattoir which is lying idle and its our hope that the investment being poured in by NSSA will resuscitate the abattoir were farmers could also get returns which are at par with production costs,” he said.Advertisement