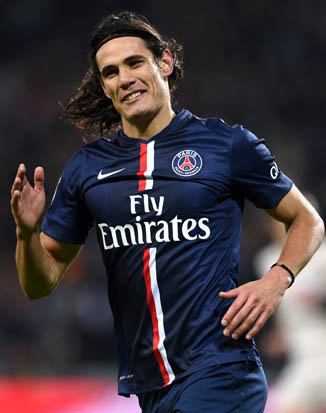 URUGUAY striker Edinson Cavani has apologized for calling Jamaica an African team.
While analysing Uruguay’s first opponent in the Copa America, the Paris Saint-Germain player said that all teams are difficult to play against, especially “an African team, which we all know focus on their physical strength.”
Cavani used his Twitter account on Thursday to apologise to the Caribbean nation.
He said that “in my mind I compared the similar playing styles of the Jamaicans and the African nations, but I only expressed half of my reasoning and it sounded pretty bad.”
Uruguay plays against Jamaica on Saturday to open Group B in the South American tournament that began on Thursday in Chile.Advertisement