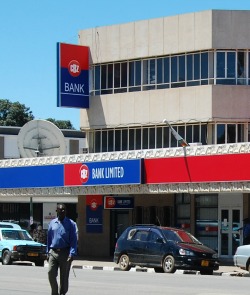 HARARE: CBZ Holdings on Thursday reported a 13 percent decline in profit after tax to $11,9 million in the six months to June as the group’s business units recorded a poor performance.
CBZ, which operates the country’s biggest retail bank, also runs insurance and asset management subsidiaries.
The group’s total income amounted to $73,2 million in the half year compared to $83, 2 million last year.
The banking unit contributed the largest share of profits with a PAT of $7, 4 million from $8, 6 million during the same period last year.
Interest income fell 11 percent from $90, 4 million to $80, 1 million while operating expenses remained flat at $52 million.
Non-performing loans are flat at 7.2 percent but the bank has sold off $40 million worth of bad loans to the Zimbabwe Asset Management Company (Zamco), the state’s bad loan special purpose vehicle.
Total deposits increased marginally to $1, 7 billion from $1, 6 billion last year.
The life assurance business recorded a 44 percent decline in profit after tax from $2, 7 million to $1, 5 million.
Presenting the unaudited results to shareholders, chief executive Never Nyemudzo said the group expected restricted growth given the outlook which he said remained depressed.
“Income is expected to decline as we have fully complied with regulations on interest and transaction charges. What this means is the game is shifting to volumes which the group is currently enjoying,” Nyemudzo said.
The group’s volumes were up 35 percent during the half year, he said.
Basic earnings per share (EPS) at 4, 5 cents were down from 5 cents last year. The board declared a dividend 0.23 cents per share.
Cash at hand at $53,6 million is down 50 percent from $107,2 million.Advertisement