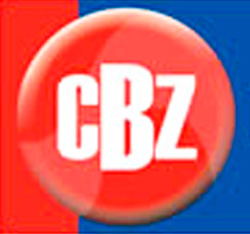 HARARE: Zimbabwe’s biggest retail bank, CBZ is in the process of securing lines of credit to the tune of $20 million for on lending to small to medium enterprises (SMEs).
Though SMEs dominate Zimbabwe’s economic landscape, it is estimated that only 14 percent of them are banked, with the rest conducting business outside formal channels.
CBZ director in charge of business banking, Molly Dingani on Tuesday told The Source that the bank was looking to bolster its loan book dedicated to fund SMEs to compliment government’s plan of financial inclusion.
“Over the past five years, we have disbursed $100 million and we are looking to grow that to about $120 million by year-end so we are in the process of securing additional lines of credit,” she said.
According to statistics from the central bank, loans to SMEs in the first two months of the year amounted to $154 million, representing just 4,1 percent of total banking loans.
During the same period SME deposits jumped to $303 million from $279 million last year.
Dingani said the bank’s SMEs unit had managed to limit defaults below five percent.
“We are going with the central bank limit of 15 percent as the maximum but, depending on the individual risk profile of the business, the interest rates would obviously differ.”Advertisement