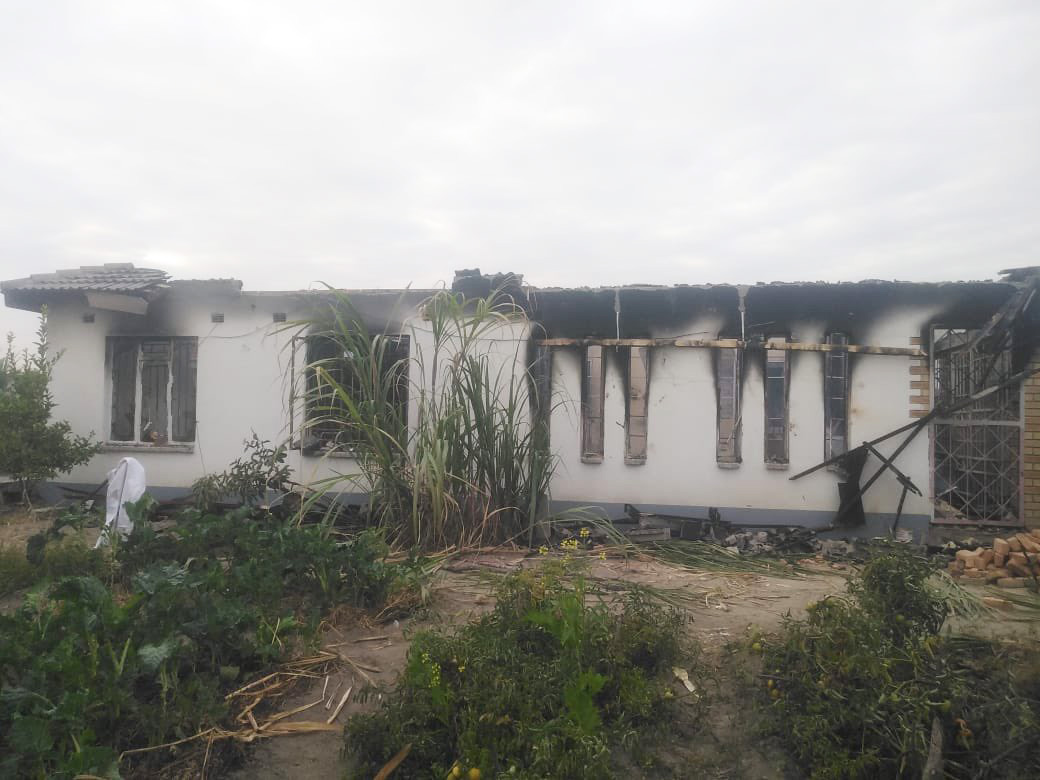 SOME houses belonging to the main opposition were set ablaze Tuesday night by suspected Zanu PF supporters who were revenging the destruction of their leader’s home by angry mourners.

The mourners retaliated after being barred from attending Citizens Coalition for Change (CCC) Moreblessing Ali’s funeral on Monday.

Ali was murdered in cold blood after she went missing two weeks ago.

During her memorial service on Tuesday angry mourners destroyed the home of a Zanu PF councillor who had banned CCC supporters from mourning the late activist at her homestead on Monday.

“This is the home of CCC community leader, Misheck Guzha, that was burnt yesterday by Zanu PF thugs after we had conducted a peaceful prayer meeting in memory of Moreblessing Ali. We condemn violence and demand that those responsible be brought to book,” said Mahere on Twitter.

“We condemn the abuse of the police by Zanu PF. Zanu PF thugs have threatened our members, abducted community leaders, torched homes and unleashed terror with impunity. We demand justice, condemn violence and call for peace,” she added.

“Zanu PF thugs use violence without consequences,” he said.

CCC legislators, Job Sikhala and Godfrey Sithole, were Tuesday arrested in connection with the violence that erupted Tuesday afternoon.

They are yet to be charged.

Ali’s body was found dumped in a well at Pius Jamba’s place in Beatrice two weeks after she went missing.

Jamba is alleged to be a Zanu PF activist.