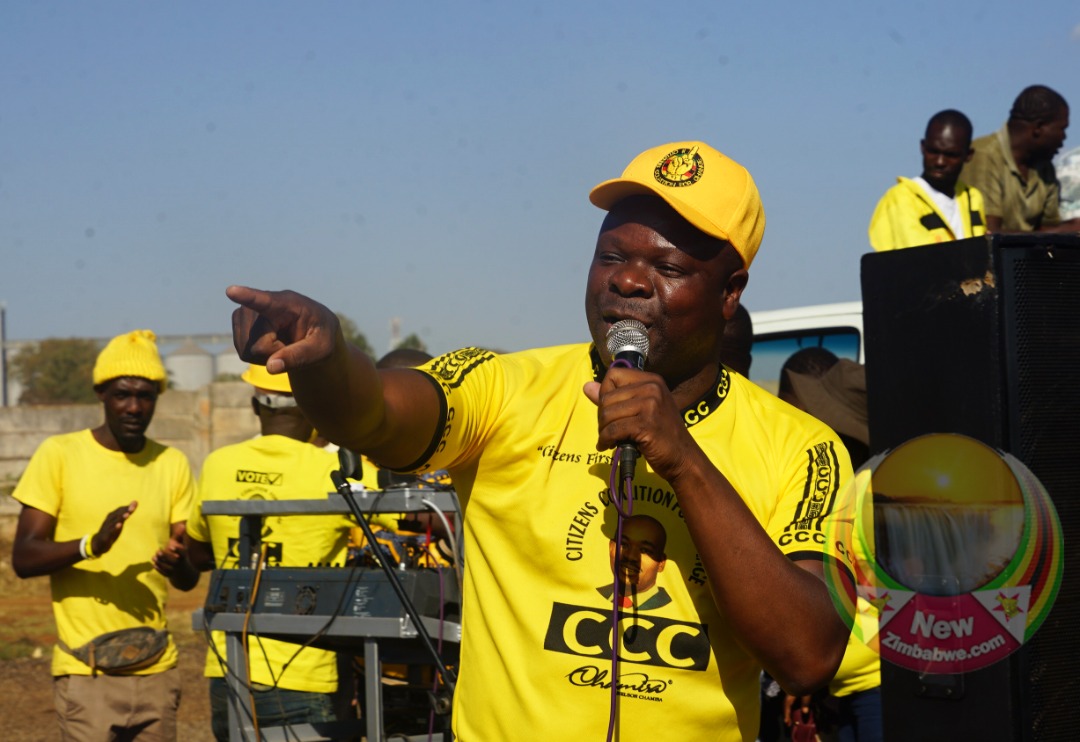 CITIZENS Coalition for Change (CCC) organising secretary, Amos Chibaya, who is part of those leading the opposition party’s penetration into rural areas, has claimed his recent arrest was just part of a ploy by Zanu PF to silence him.

Chibaya, who is also Mkoba legislator, was Monday detained for organising a meeting at Charandura in April as part of the CCC’s Mugwazo programme and charged with contravening the Maintanance of Peace and Order Act.

The Mugwazo programme is part of the opposition’s initiatives to sell its presidential candidate, Nelson Chamisa, and the new party in predominantly Zanu PF strongholds.

“As the organising champion in charge of the Mugwazo programme, CCC is now in charge of most parts of rural areas, so they (Zanu PF) are trying to silence me through these arrests,” Chibaya said.

“I will not be silenced; I will continue to fight and move forward, mobilising people to vote for change in the coming 2023 elections.”

Chibaya was released on the same day and will appear in court by way of summons according to his lawyer, Reginald Chidawanyika.

The Chamisa-led outfit had a whirlwind tour of the country’s rural areas which recorded attempts by ruling party activists and leaders attempting to stop it.

Chamisa went on to claim he had survived an assassination attempt, while some vehicles which form his motorcade were stoned in Gutu, Mutare and Mashonaland Central.

His arrest follows that of party deputy chairperson, Job Sikhala and Godfrey Sithole, who are currently in remand on charges of inciting public violence in Nyatsime after the killing of CCC activist, Moreblessing Ali.