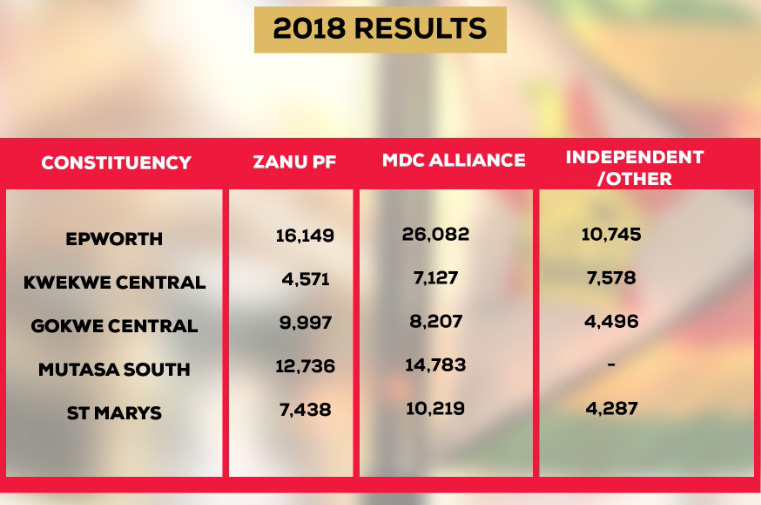 The Nelson Chamisa-led outfit, barely two months in existence, says its decision to contest the by-elections has been necessitated by the need to learn the “tricks” the Zimbabwe Electoral Commission (ZEC) might use in the future.

Speaking to journalists in Harare Friday, party spokesperson Fadzayi Mahere said they now knew some of ZEC’s tactics such as placing of polling stations in bushes, which now puts them at a better stage than they would have been if they had chosen not to take part.

“We have placed firmly on record that there are huge irregularities,” she told reporters Friday.

“The purpose of the by-elections for us as CCC is to test the readiness and preparedness, especially of ZEC, so the more data points we can put together the stronger we will be in 2023.”

She added; “Now we are on our guard, we know that one of the mechanisms ZEC uses is to twist around polling stations.

“When it comes to training of polling agents we have had some problems with ZEC, some of the regulations that are imposed are illegal but now we are on our guard.

“We cannot test the system without participating. If we do not participate we will not have a leg to stand on in terms of holding ZEC to account and even implementing some of the legal challenges we have in the offing.

“The more votes that come out, the more information we have to sample and prepare for 2023. Our participation in this election is not an endorsement of the unconstitutional and lack of neutrality of state institutions, especially ZEC, to the contrary it is going to create a platform for us to challenge all these issues.

“The question of a boycott is not something we are prepared to entertain.”

ZEC has been at the centre of rigging claims after Team Pachedu, an online pressure group, tore apart its voters roll in a ruthless analysis of the document.

Team Pachedu highlighted voters who were older than the oldest person in the world, some who had suddenly become younger, hundreds who had had their polling stations and constituencies changed, and countless who shared similar names, surnames with their identity card numbers almost similar.

The voters roll, sourced by CCC for the pressure group, was at first dismissed by ZEC before the electoral body fired one of its employees for allegedly leaking it.

It is the same voters roll set to be used on March 26.

Speaking at his Thursday rally in Epworth, Chamisa warned his party was closely monitoring ZEC operations and reserved the right to call for it to be dissolved.

“We are watching ZEC closely, the by-election will be a test to see if they are willing to be objective, but if they rig the elections, we have the right as citizens to demand that ZEC must be disbanded,” he said.