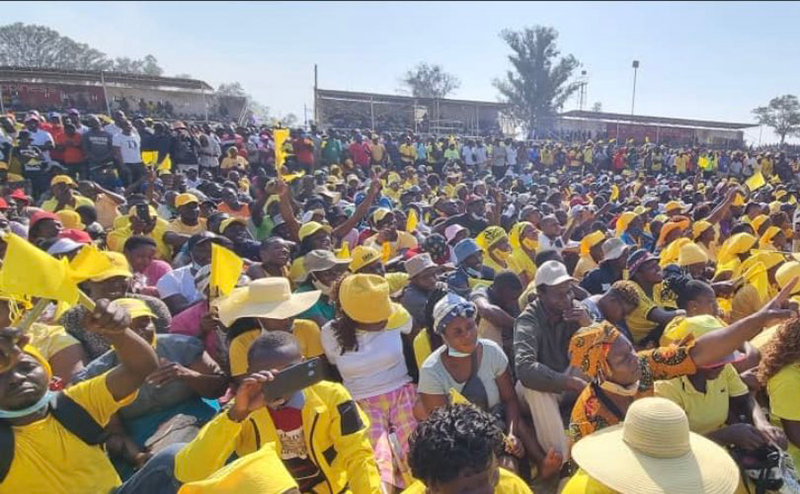 POLICE in Masvingo reportedly arrested some Citizens Coalition for Change (CCC) supporters who were heading to a victory celebrations rally at Mucheke Stadium on Sunday.

The supporters who were reportedly coming from Mashava and Zhishavane were later released and allowed to attend the rally which was addressed by party leader Nelson Chamisa.

According to human rights lawyer Martin Mureri who is representing the group, the supporters were released but their vehicles remained impounded.

“They (police) have since released the people but vehicles are still impounded so we are going to engage them later and he what the charge was but I’m told it is something to do with alleged flaunting of COVID-19 regulations,” said Mureri.

Masvingo police spokesperson, Inspector Kudakwashe Dhewa could not be drawn to comment as his mobile phone wasn’t going through until the time of publishing.

On Saturday police reportedly banned a CCC gathering in Chipinge where Chamisa was scheduled to address his supporters.