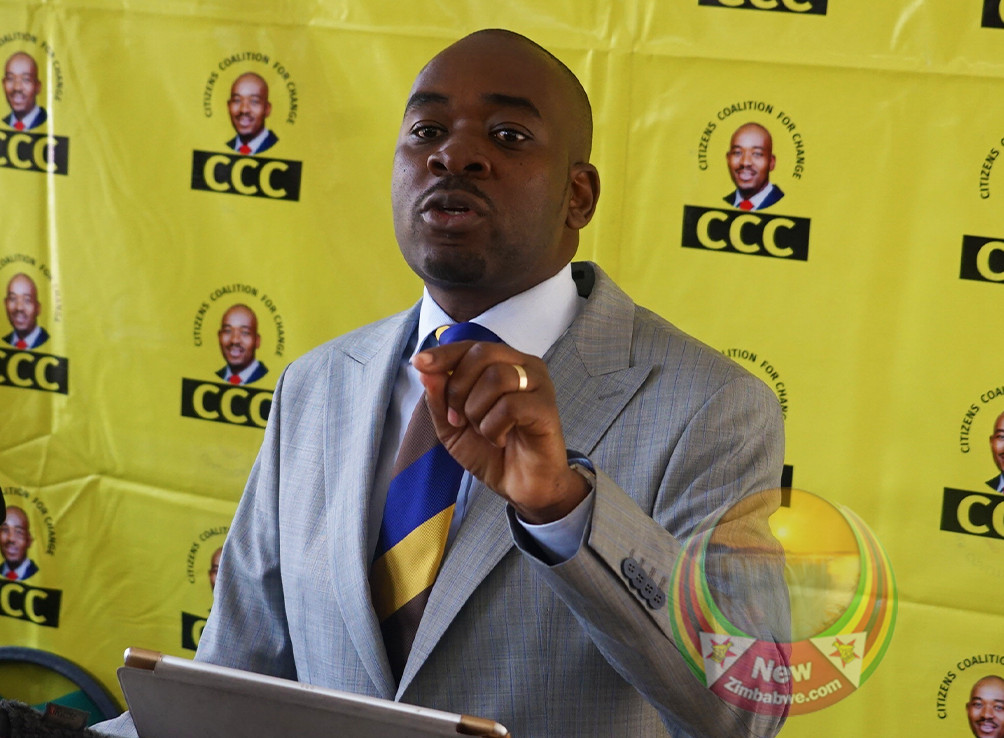 The timing, according to CCC, was now as the country nudges towards the much anticipated general elections slated for next year.

The document, among others, demands universal suffrage allowing the right to vote, credibility of the voters roll, realtime and credible results and transmission system. It also calls for integrity of election processes, political freedoms, media access, security of the vote and the voter.

Speaking at the launch event, Chamisa said it was high time the nation shifted from contested plebiscites to dialogue and engagement premised on the seven points, which anchor their demands.

“Since 1980 credible and undisputed elections have been a pipe dream in Zimbabwe. People have not been able to choose their own leaders,” said Chamisa.

The country has in the past witnessed turbulent electoral processes amid allegations of vote manipulation levelled by the opposition against Zanu PF.

After the heated 2018 polls, foreign observer missions raised red flags over the conduct of elections and recommended far-reaching reforms.

Chamisa hinted the blueprint would be handed to Parliament, political players and other regional bodies in an effort to press government to implement the contentious reforms.

However, ruling party Zanu PF has maintained its stance referring the opposition to the Political Actors Dialogue (POLAD), a Mnangagwa roundtable. CCC has scoffed at the arrangement, insisting on dialogue convened on neutral ground and by non-aligned actors.

The youthful leader expressed confidence that electoral reforms would be done in readiness for next year’s polls.

“It is within this context that we have learnt from 2018 when we had the election observer mission reports and other critical election bodies sharing their perspectives on our election. We have been unfortunate that insufficient work has been done,” the presidential hopeful said.

CCC interim vice president, Tendai Biti said the blueprint was a foundation upon which democratic elections would be held.

“We are tired of contested elections, since 1980 electoral issue remain an outstanding issue.

“We have to put a full stop to the election dispute and I hope that our colleagues in Zanu PF can understand that our PREPARE document is a peace offering. It is a document to create a soft landing for our country,” Biti said.