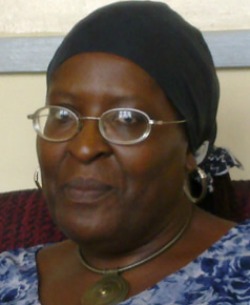 THE Consumer Council of Zimbabwe (CCZ), in conjunction with Harare’s City Health Department, is investigating claims that a local firm is repackaging tinned fish and tomato soup from China and selling them as local products.
The company, whose name we have withheld for legal reasons, is said to be duping local consumers by importing the products from China and repackaging them locally.
CCZ Complaints Resolution Directorate Officer, Tare Moyo, said the City Health Department had asked for samples from the company for testing.
She said they also want to check the labelling to see if there have been any violations of the Zimbabwean Food and Food Standards Act.
“We contacted the Food Standards Advisory Board who advised us to get a sample for testing to ascertain (whether) the relabeling that goes on is not to cover up for a possibly expired or faulty product,” Moyo said.
The consumer rights body said it is an offence for any middleman to cover up the package completely as that would mislead consumers.
Moyo added that some unscrupulous Chinese businessmen were also bringing in containers with products which they claimed were for personal use resulting in the Zimbabwe Revenue Authority (ZIMRA) not checking them or making a follow-up to see how these products were used.
“It is the responsibility of the manufacturer to ensure that if the product is to be consumed elsewhere outside a Chinese-speaking country, the languages for other intended destinations should be included on that same label to ensure accountability,” she said.
A local businessman, Denford Mutashu, last week told NewZimbabwe.com that a thorough investigation must be launched to get to the bottom of the scandal.
The businessman spoke after NewZimbabwe.com made him aware of the allegations.
“This needs further investigation by all relevant authorities,” he said.
“How could this have slipped their eyes for all these years? How can these products be sold and branded as Zimbabwean? How do we know about their food processing in China?”
“This is daylight robbery to our consumers but the question still remains: how are these products being allowed in our shops without further scrutiny from the authorities? Consumers should be given the right to choose what to buy and not be duped like this.”Advertisement

Contacted for comment, a spokesperson for the company at the centre of the scandal, denied they were repackaging foodstuffs.
She insisted their business is above board.
“The tomato paste is packaged for us in China. If you look at the label it is not made in Zimbabwe and nowhere on the label does it suggest that. This consignment was checked at the border by officials and they did not have a problem with our packaging,” she said.
“It is legal in China to have the label printed on the tin; this is a security measure in the event the tin is opened by an official whatever is printed on the tin has to be the ingredients in the tin.”
She said this was meant to protect consumers as the label cannot be changed easily.
“During exportation the Chinese officials need to also read the contents of the tin, and acknowledge that the contents are correct,” she added.