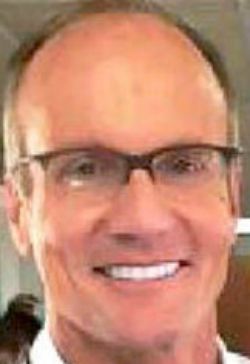 MANY will recall that my experience with Safari operations ended with the Zanu PF government having the easy task of convincing a partisan judge Mtambanengwe to condemn me into exile on trumped up charges designed to get rid of me which they managed to do in the end.
I write here as a former safari operator in the Midlands province.
I am just somehow appalled at the readiness with which the world has been prepared to condemn Walter Palmer a client of a hunting industry. I hear voices calling for his extradition to Zimbabwe regardless of whether there is an extradition treaty between Zimbabwe and the US. Despite all this, certain animal lovers are prepared to sacrifice Palmer, a human being, in order to avenge the death of Cecil the lion, a predator.
The Safari business is indeed an industry that is mired in elitism. Alex Magaisa has painted that picture well on his blog a few days ago. If I were to tell my poor grandmother, my uncle and any ordinary person in Zimbabwe today that a man was facing condemnation in well-known notorious Zimbabwe prisons because he killed a lion, they would wonder what really the world has gone to. It does not make any sense to ordinary people that you could condemn a man like Palmer, a doctor for that matter who saves human lives because he shot a lion for whatever reason.
To them, the idea that animals were more important than people came with Makiwa (white men) and has remained an elite concept ever since. To an ordinary or average African, lions are predators and in pre-colonial Africa, if you killed one, you would be remembered for generations to come as a legend. The Masai in East Africa use the killing of a lion as a way to induct the young boys into manhood. Otherwise if you see a lion you are expected to run as fast as your pathetic legs can carry you. If you don’t, then for sure you are doomed. After we were born and we could talk, we were told tales of the predatory nature of lions and other big cats and you grow up knowing that when you ever see a lion in your lifetime, you only have two options; to flee from it or kill it if you can before it kills you.
In the Safari hunting industry, we have on one hand those who operate safari businesses and sell the animals of that industry. On the other hand are people like Palmer who are the customers who purchase the animals of that industry. The Palmers go and buy hunting packages at international conventions or expo in Europe and America and get their thrills from hunting and collecting trophies of different animals hunted all over the world. In this case, Palmer was a customer who purchased a hunt and paid for it probably at an international convention or expo in Reno or Las Vegas. It would be highly unlikely that anyone had ever told him about a lion in Zimbabwe called Cecil just as many Zimbabweans didn’t know of this “legend” until the month of July 2015. It is not as if he was invited to purchase a hunt that included a lion called Cecil. He probably bought a hunt including a package with a number of Zebras, eland, leopards and a lion. As a customer and a consumer, Palmer bought what the operator was selling and paid for it. The operator arranges a professional hunter to conduct the hunt and to ensure the safety of Palmer and other customers.Advertisement

So why would anyone legally blame Palmer for shooting Cecil? I am not suggesting that Palmer was right but though a tragedy in itself morally and otherwise, legally he was not. The real culprit in this saga are the professional hunter and to a limited extent the safari operator who have the responsibility to conduct a hunt within the terms of the permit that has been granted by the Zimbabwe government and within the hunting quota.
Each year the Department of Parks and Wildlife, representing the Zimbabwe government, allocates hunting quotas to Safari operators registered as such to conduct hunting operations. Professional hunters are the experts who work with operators to ensure that a hunt is conducted for their customer professionally (in this case Palmer). If anything goes wrong with any hunt, it is the responsibility of the professional hunter primarily to be accountable. Expecting Palmer to be held accountable goes against the rules of the hunting industry. I do not see how any blame can be piled on Palmer.
Baiting an animal like a lion sounds sneaky and clandestine and that is one of the reasons the public has shown no sympathy for Palmer. But the truth and fact of the hunting industry is when you hunt predators like lions, leopards and big cats who can kill you if you approach them blindly without protection, baits are used all the time. When hunting a leopard for example, the professional hunter has to build a wooden shield where the shooter will be when he shoots the leopard. A bait is put up a tree, the leopard’s favourite spot. If you don’t kill it with your first shot the leopard can attack you in a split second and if you have no shield to protect you, you are history. It is a dangerous game this hunting business. So, using a bait when hunting lion is normal. You want to shoot it where there is no danger to human life. And where a hunter is using a crossbow in place of a gun the risk of not killing it instantly becomes higher. The chances are the crossbow will injure the animal and we all know how extremely dangerous a wounded animal can be.
What the world does not see is that pathetic politicians in Zimbabwe will politicise this simply because an American is involved. This is typical of the Zanu PF propaganda machine who blame their own poor governance record on the West all the time. If a minister or government crony is involved in this case, which is likely in view of the levels of corruption in Zimbabwe, they will be quick to divert attention and blame it on the West. The rules of the game are well known and Palmer must be left alone. How many animals were killed in the Save valley Conservancy when ZANU PF “chefs” primarily those from Masvingo madly and illegally invaded this national treasure? Shuvai Mahofa, one of the chief culprits, even got a promotion! Do all animals have to be called Cecil in order to enjoy state protection?
Palmer would not have hunted in Zimbabwe if he knew that he was not going to be able to export back home the trophy of the animal he shot. He would not pay $50 000 just to be allowed to shoot or kill an animal and go back home empty handed. He wanted to get value out of it all in the form of a trophy which you can sell for a lot more. Hunting has little to do with the meat you get after killing an animal. It has everything to do with the value you get out of owning a trophy after being expertly processed by the taxidermy experts, which you can export and hang on your wall or that of a big hotel or club.
ZUNDE would rather have the incompetent government of Zimbabwe make a lot of noise about how to end the economic crisis, how to create the promised two million jobs without laying off desperate workers and most importantly, how to find Itai Dzamara than making deafening noise on a sideshow called “Cecil the lion”.
Benjamin Paradza is the Vice President of Zunde. He is a former High Court judge.