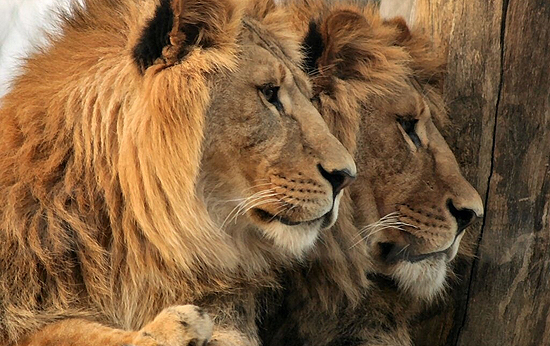 THE global outcry over the killing of Cecil, the iconic lion, has already caused a drop in badly needed tourists to the country, government officials said Thursday.
“Our tourism sector, which was booming, has recorded a significant drop in arrivals in the Hwange National Park, where Cecil was being kept,” Zimbabwe Tourism Authority chief Karikoga Kaseke said last Thursday without giving exact figures.
“The culprits have painted Zimbabwe with a dirty brush. We are now seen as people who do not promote and protect animal rights.”
Kaseke said he would launch an investigation to make sure other illegal hunting wasn’t occurring in the nation’s parks.
“We are trying to put in some measures to ensure that critical tourist attractions are not tampered with like what happened to Cecil,” he said.
Emmanuel Fundira, president of the Safari Operators Association of Zimbabwe, said foreign tourists were forecast to spend about $5 million in the final quarter of 2015 — crucial revenue for this country.
“Many international tourists that were set to visit the country to see Cecil have cancelled their trips,” Fundira said.
“This killing is a huge loss to our tourism sector that was contributing immensely to the national wealth.”
Walter Palmer, 55, a Minnesota dentist, killed 13-year-old Cecil last month near the Hwange National Park after paying two guides at least $50,000 to track and kill the big cat, according to the Zimbabwe Conservation Task Force.
Palmer said he relied on his guides, Theo Bronkhorst and Honest Trymore Ndlovu, to make sure he hunted legally.
Zimbabwean prosecutors claim Palmer and the guides lured Cecil out of the national park with bait, shot him with a crossbow, tracked the wounded animal for 40 hours, then shot him dead.
The two guides appeared in court last Wednesday on allegations they helped Palmer kill the lion. Bronkhorst was released on bail, and Ndlovu was released without charges.
Prosecutor General Johannes Tomana said it would be difficult to force Palmer to return to the country for trial.
“We don’t have an extradition treaty with Washington, and the chances of bringing Palmer to give evidence or appear in the dock are next to nothing,” Tomana said.
“Our prosecutors have not made any decision to press any charges against Palmer.”Advertisement

Louis Muller, chairman of the private Zimbabwe Professional Hunters and Guides Association, said his organization suspended the two guides.
Cecil was part of a research program funded by the Oxford University in Britain. He wore a tracking collar, so conservationists could study lion longevity and personality characteristics.
Farai Gambiza, 45, a Harare resident, cancelled his October trip to Hwange National Park with his wife and children.
“We have no reason to go there anymore because Cecil is dead,” Gambiza said. “We want the government to make sure that they bring Palmer to Zimbabwe so that he faces justice.”