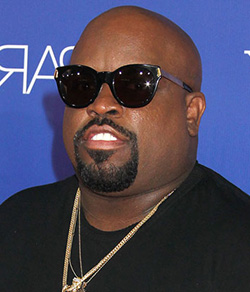 GRAMMY-AWARD R&B singer and former “The Voice” judge CeeLo Green pleaded no contest on Friday to giving a woman the drug ecstasy in 2012.
Green, 39, whose real name is Thomas DeCarlo Callaway, was charged last year by the Los Angeles County District Attorney’s Office with one count of furnishing a controlled substance.
He was sentenced to three years of formal probation by Superior Court Judge Mark Young and ordered to complete 52 Alcoholics Anonymous or Narcotics Anonymous meetings as well as 360 hours of community service.
“CeeLo Green is pleased that the District Attorney’s office would allow him the opportunity to resolve this appropriately and maintain his innocence. He is happy to put this behind him and continue to move forward,” his spokeswoman Anne Watkins said in a statement.
Green will be due back in court in March 2015 to check on his progress.
According to prosecutors last year, Green “slipped” ecstasy to a 33-year-old woman while the two were dining at a Los Angeles restaurant in 2012. Green pleaded not guilty to a felony charge of giving ecstasy to the woman without her knowledge.
The woman had initially filed a police report accusing Green of sexual assault, but prosecutors said there was insufficient evidence to charge Green with rape of an intoxicated person.
Earlier this year, Georgia native Green said he had decided to step down from his role as a judge on NBC’s popular singing competition “The Voice,” saying, “I just don’t want to wear out my welcome there.”
The singer is best known for his 2010 hit song “Forget You” and is also half of soul music duo Gnarls Barkley, best known for songs such as the 2006 smash hit “Crazy.”Advertisement