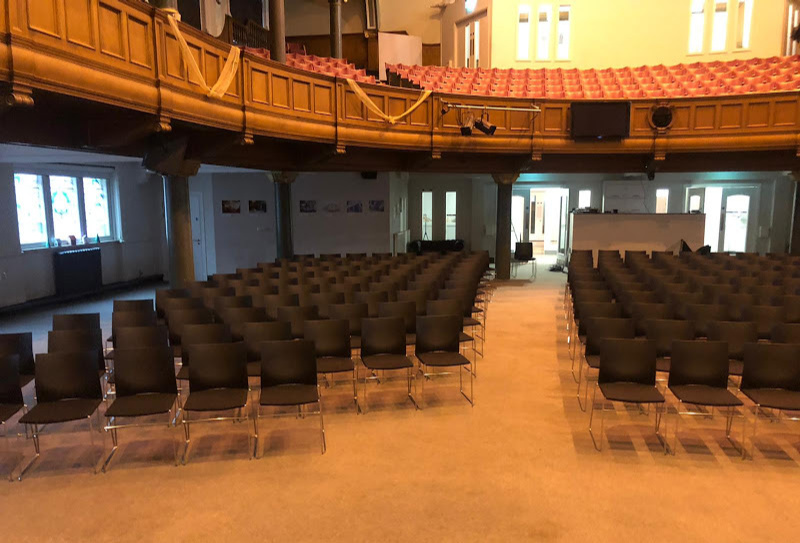 SOUTH Africans in the UK are in for a treat thanks to a family fun day aimed at celebrating and promoting their country’s diverse culture and networking, set for Saturday 14th December, in Edinburgh.

Dubbed Celebrate South Africa, the event will be held free of charge at Central Hall and powered by Take Control Events Management in collaboration with Brand South Africa, on their Global South African Engagement initiative.

It will feature various activities and displays such as food, art and craft stalls, music, dance and networking with other communities and the people of Scotland also taking part.

“Celebrate South Africa Scotland is about celebrating all things South African, particularly with the Springboks’ World Cup triumph and the unity it brought along with the #StrongerTogether slogan among other things on the day,’’ said organiser Sindiso Joya.

“We are looking to have a family fun day and networking event with South African families and the Scottish people. There are others joining us as we tell our stories and share our Ubuntu ideals as well as culture with lots of fun and entertainment for the whole family. ” 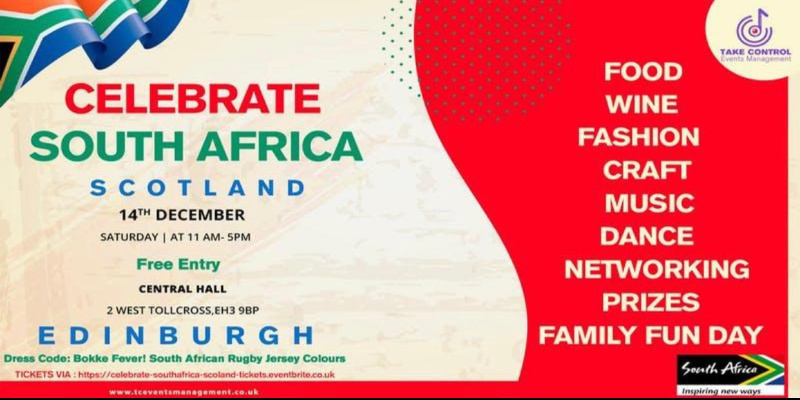 The dress code to the event is ‘Bokke Fever’, with patrons urged to wear the Springboks green and gold colours, inspired by the South African national rugby team’s stunning victory over England in the World Cup final last month. Buoyed by sustained national support and the #Strongertogether hashtag, the Springboks overcame an opening game loss to go all the way to the final in which they met England before clinching the coveted Webb Ellis trophy sparking an outpouring of support and commendations on the nation’s unity.

Besides celebrating the victory, the event will showcase South African music, art and dance as well as cuisine with celebrated chef Lindani Dube providing the catering which will feature typical foods such boerwores rolls, chakalaka, South African wine, among other authentic dishes South Africa is well known for.

For the children entertainment there will also be a face painter and balloon artist on the list of festivities. There will also be an exhibition of South African themed paintings such as the Big Five and famous cultural features.

An extensive media coverage has been organised in conjunction with NewZimbabwe.com and the  BBC expected to cover the event which will also have some speakers from Brand South Africa.