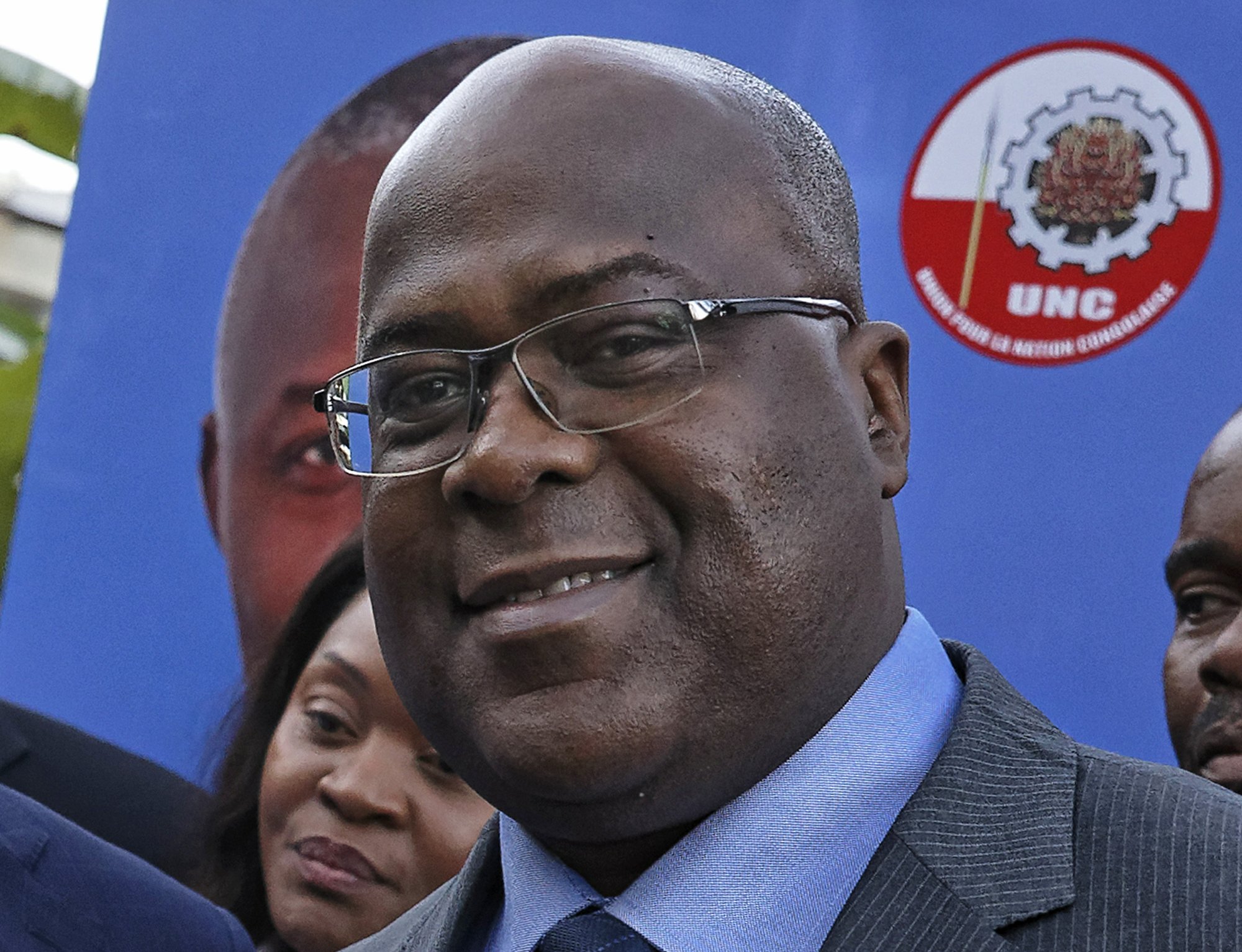 Joyous dancing erupted in the streets of Congo’s capital to celebrate the surprise victory of opposition candidate Felix Tshisekedi, who was early Thursday declared winner of the long-delayed, disorganized and controversial presidential election.

“Today I am happy,” said Tshisekedi. “Happy for you, my base (his supporters). Happy for the people of Congo. Everyone is celebrating that there is peace. No one could imagine the scenario where an opposition candidate could be victorious!”

However, rival opposition candidate Martin Fayulu charged the results had been rigged by outgoing President Joseph Kabila who made a backroom deal with Tshisekedi. Kabila may have negotiated with Tshisekedi to prevent anti-corruption crusader Fayulu from winning, according to Fayulu, diplomats and observers.

Tshisekedi, who received 38 percent of the vote according to the electoral commission’s results, had not been widely considered the leading candidate and is relatively untested. Long in the shadow of his father, the now deceased opposition leader Etienne, Tshisekedi startled Congo shortly before the election by breaking away from the unified opposition candidate, Fayulu, to stand on his own.

Fayulu quickly denounced Tshisekedi’s victory as fraud. The results were an “electoral hold up” that were “rigged, fabricated and invented” and do “not reflect the truth of the ballots,” said Fayulu. Speaking to the press shortly after the results, Fayulu called on the Congolese people to “rise as one man to protect victory.”

Fayulu, a former Exxon manager and Kinshasa lawmaker, received 34 percent of the vote in the electoral commission’s results. He claims that he won a majority of the votes and that he was deprived of victory because a deal was made with Tshisekedi.

Fayulu urged the Catholic Church to release the results from its team of 40,000 observers who recorded voting tallies posted at each of the polling centers. Last week, the Catholic Church said their observations showed a clear winner, and many say that was Fayulu.

Several diplomats briefed on the matter told The Associated Press that the figures compiled by the Catholic Church showed that Fayulu won an absolute majority of the votes. Two diplomats also said that all major observation missions, including from the African Union and the Southern African Development Community, showed similar results with Fayulu the winner. The diplomats spoke on condition of anonymity because they were not authorized to speak to the press.

Kabila’s government made a deal with Tshisekedi to declare him the winner, as hopes faded for ruling party candidate Emmanuel Ramazani Shadary, who received just 23 percent of the official results. The constitutional court has 14 days to validate the results.

Happy demonstators in Kinshasa, however, showed no signs of wanting to challenge Tshisekedi’s victory. Many said they were delighted pleased with Tshisekedi’s win and to see Kabila step down.

“This is the coronation of a lifetime,” the deputy secretary-general of Tshisekedi’s party, Rubens Mikindo, said shortly after the announcement that his candidate had won, above the cheers at party headquarters. “This is the beginning of national reconciliation.”

The election may enable Congo to achieve its first peaceful, democratic transfer of power since independence in 1960. Kabila has ruled since 2001 in the troubled nation rich in the minerals key to smartphones around the world and has amassed vast wealth. He is barred from serving three consecutive terms, but during more than two years of election delays many Congolese feared he’d find a way to stay in office.

Attention now turns to Congo’s powerful Catholic church and whether it will dispute the official results.

If the church finds that Fayulu won, “how will the population react?” Stephanie Wolters, analyst with the Institute for Security Studies, posted on Twitter. She added, will the African Union “consider a power transfer ‘enough’ or will they push for investigation and real result?”

The delayed results, nearly two weeks after the Dec. 30 vote, came after international pressure to announce an outcome that reflected the will of the people. The United States threatened sanctions against officials who rigged the vote.

The largely peaceful election was marred by the malfunctioning of many voting machines that Congo used for the first time. Dozens of polling centers opened hours late as materials went missing. And in a last-minute decision, some 1 million of the country’s 40 million voters were barred from participating, with the electoral commission blaming a deadly Ebola virus outbreak.

Defiantly, tens of thousands of voters in one of the barred communities held their own ballot on election day. Fayulu won easily.

Congo’s government cut internet service the day after the vote to prevent speculation on social media. As the electoral commission met this week, anti-riot police moved into place outside.

Some Congolese weary of Kabila’s 18-year rule, two turbulent years of election delays and years of conflict that killed millions of people said they simply wanted peace. Some said they would be happy as long as Fayulu or Tshisekedi won, while recalling the violence that followed past disputed elections.

Many Congolese objected to Shadary, suspecting that Kabila would continue to rule from behind the scenes.

Now Congo faces a new leader who is little known after spending many years in Belgium and living in the shadow of his outspoken father.

The 56-year-old Tshisekedi took over as head of Congo’s most prominent opposition party in early 2018, a year after his father’s death.