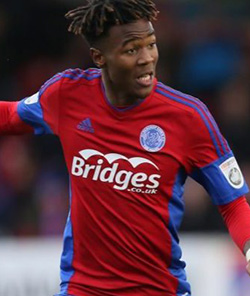 CELTIC have completed the signing of teenage midfielder Kundai Benyu from Ipswich Town.
The 19-year-old moves to the Scottish treble-winners on a four-year deal and will join up with the squad at their training camp in Austria.
“It’s a massive honour to sign for the Scottish champions and one of the world’s great clubs,” Benyu told the Celtic website.
“It’s a great opportunity for me to develop under Brendan Rodgers.”
Benyu, who is described by Celtic as a box-to-box midfielder, did not feature in the Ipswich first team but was part of the top-team set-up.
He was loaned to National League side Aldershot Town and netted five goals in 23 appearances.
“I’m looking forward to meeting up with my new Celtic team-mates,” he added.
“I know there’s a lot of hard work ahead of me but I am ready for this, I’m looking forward to the challenge and I can’t wait to get started.”Advertisement