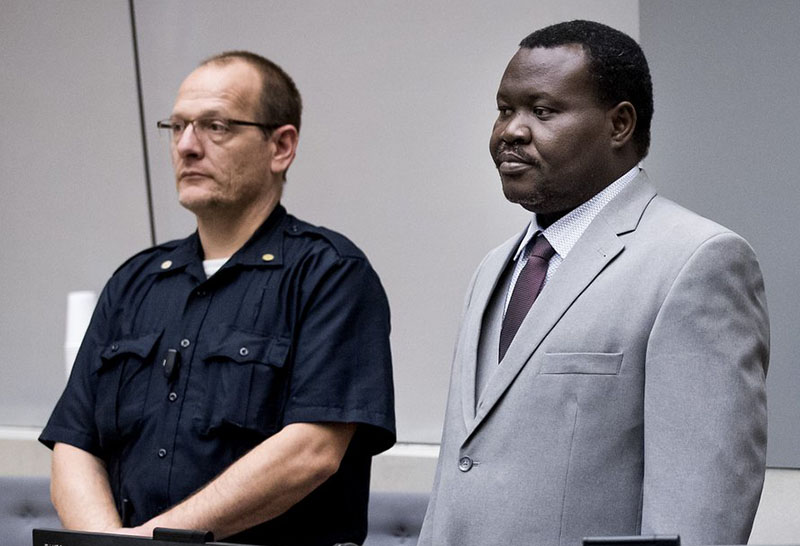 THE HAGUE: The chief of Central African Republic’s soccer federation appeared at the International Criminal Court on Friday for the first time since he was arrested late last year in France on charges of crimes against humanity and war crimes in his home country.

Flanked by court guards during a 30-minute hearing, Patrice-Edouard Ngaissona confirmed his identity and that he understood his rights and the charges against him. He was not required to enter pleas.

His French defence attorney, Eric Plouvier, said Ngaissona was arrested while traveling on a diplomatic passport. He asserted that Ngaissona was kept in an overcrowded cell in Paris without access to diabetes medication, then handcuffed when put on a flight to the Netherlands, “so his rights to dignity were not respected.”

Prosecutors at the global court allege that Ngaissona led a predominantly Christian militia known as the anti-Balaka for at least a year from December 2013 when its fighters targeted Muslims in bitter conflict.

According to his arrest warrant, 51-year-old Ngaissona is liable for crimes committed with other perpetrators or for aiding and abetting crimes including murder, persecution, torture, extermination and using child soldiers.

A hearing was set for June 18 at which judges will assess whether evidence is strong enough to merit confirming the charges and putting Ngaissona on trial.

The anti-Balaka group is accused of targeting Muslims in inter-religious and inter-communal fighting that erupted in 2013, when predominantly Muslim Seleka rebels seized power in Central African Republic’s capital, Bangui. The violence left thousands dead and displaced hundreds of thousands more.

Ngaissona, who last year was elected to the executive committee of the Confederation of African Football, the governing body for soccer on the continent, is the second suspect from the anti-Balaka ranks to be arrested and sent to the court. Last year, Alfred Yekatom was transferred to The Hague to face charges.

Central African Republic’s government asked the ICC in May 2014 to investigate crimes allegedly committed by both the Seleka and the anti-Balaka. So far, no Seleka fighters have been publicly targeted by the court’s chief prosecutor, Fatou Bensouda.