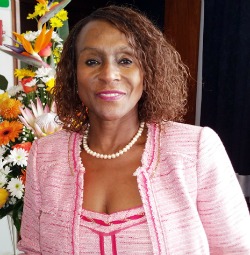 CFI holdings reported a 56 percent decline in turnover to $29.3 million for the full year to September 30 from $66.6 million recorded in the same period in the prior year on the back of waning disposable incomes and inadequate working capital, the company said on Friday.
Sales for the poultry, specialised and retail divisions fell by 66 percent, 83 percent and 27.2 percent to $4.65 million, $4.23 million and $20.45 million, respectively.
CFI group incurred retrenchment costs amounting to $2.6 million as a result of reorganisation initiatives from the entities that were put under judicial management.
The group narrowed its operating loss before depreciation and financing costs (EBITDA) from $10 million in the previous year to $7.7 million in the period under review.
Finance costs increased to $2.9 million in the period from $2.3 million incurred in the same period previous year on the back of interest claim settlements arising from legal settlements.
The group’s loss after tax decreased by 45 percent to $13.7 million in the period from $25.2 million recorded in the previous year, attributable to a tax credit of $1.9 million in 2016 compared to a $9.9 million tax charge incurred in the previous year.
CFI holdings spent $480,000 on capital expenditure in the period.
However, the group’s total assets declined by 20, 28 percent to $95, 98 million in the period from $120, 39 million recorded in the same period previous year.
The group’s fortunes were enhanced after relief from its debt overhang.
“The Group concluded debt compromise and settlement agreements with local banks cumulatively amounting to $17, 6 million during the year, bringing down the overall bank debt from $19, 1 million in 2015 to $5,3 million by year-end”, said group chair, Grace Muradzikwa.
The group placed its Victoria Foods and Crest Poultry entities under judicial management effective from the 3rd of August 2016 due to their unsustainable levels of creditor debt.
Muradzikwa said the decision to put the two entities under judicial management is to restructure and revamp their operations in order to maximise shareholder value.
“The objective is to enable the Group to restructure, reorganise and recapitalise under a framework that ensures that all stakeholders are legally protected”, said Muradzikwa.Advertisement

The group invested US$0.4 million in Glenara estates in the purchase of centre pivots and related irrigation infrastructure to underpin its farming activities and this resulted in enhanced profitability and cash flows in the estates.
As a result of an impressive performance from its Glenara Estates, CFI said expansion of the horticulture projects is one of the key focus in the upcoming period.
Going forward, the group’s property development at the Saturday Retreat land is expected to improve its working capital as the group recovers the residual compensation from residents, with 19 percent being recovered so far since the completion of the registration process in May 2015.
Additionally, the group said it is set to engage creditors and lenders in order to resolve recapitalisation challenges on entities placed under judicial management.