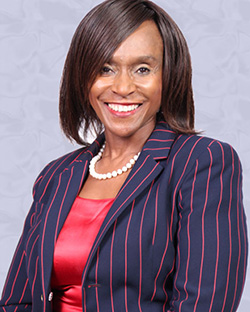 HARARE: Agro-industrial group CFI holdings on Friday reported an after tax loss of $25 million in the full year to September compared to $9 million last year, as revenue plummeted by over a quarter.
CFI is the holding company of several agro-industrial concerns including Agrifoods, Crest Breeders, Victoria Foods as well as retail chain Farm and City Centre. It also has interests in real estate and retail in consumer goods and hardware.
It recently instituted a management shake-up in a bid to revive its fortunes. Last month, it retired its chief executive Stephen Kuipa and replaced him with Timothy Nyika, who was appointed in an acting capacity.
Chairman Simplicius Chihambakwe and another board member, P Bwerinofa also left the company last month, while former finance director Acquiline Chinamo quit at the end of last year.
NicozDiamond Insurance managing director, Grace Muradzikwa, was appointed acting chairperson of one of the country’s largest agro processing firms, whose fortunes had been affected by slowing turnover, sustained losses and working capital deficits over the past two years.
The group’s turnover during 2015 dropped to $51,4 million compared to $71,1 million achieved in the previous year. Of the total turnover, the Retail Division contributed 42 percent while the Poultry Division and specialised units contributed 20 percent and 37 percent respectively.
Retail and Poultry Divisions revenue declined 26 percent and 49 percent respectively due to inadequate working capital and the effect of operation streamlining efforts adopted in order to curtail losses.
The Specialised Division registered a growth of 327 percent on the back of increased supplier support for the milling business at Victoria Foods.
Finance costs were lower at $2,3 million compared to $4 million in the prior year while retrenchment costs amounted to $520,000 as the group sought to rationalise overheads.
In statement accompanying company results, Muradzika said the company would be pursuing a “broader recapitalisation process, including but not limited to rights issue”.
The company’s capital base stands at $120 million against liabilities of $50 million.Advertisement