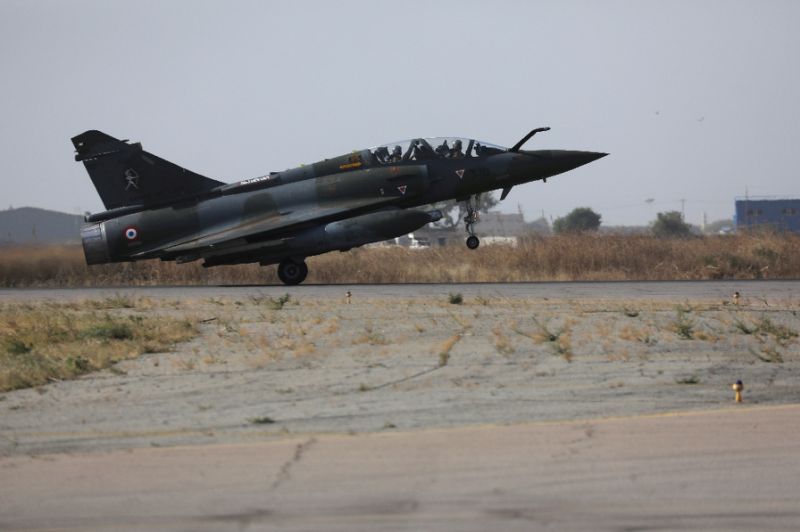 The Chadian military on Saturday said it had captured more than 250 rebels, including some top leaders, after an operation against a convoy of militants trying to cross into the country from Libya in late January that also involved French airstrikes.

In a statement issued by army staff the Chadian military said the sweep would continue in the region of Ennedi, in the northwest border with Libya and Sudan, near where the armed column of rebel vehicles was brought to a halt in early February.

The statement said some 250 “terrorists, including four main leaders” were detained, while more than 40 vehicles were destroyed and hundreds of weapons were seized.

President Idriss Deby on Thursday said the column of rebels had been “destroyed” in a series of strikes carried out by French warplanes.

Acting in conjunction with Chad’s government, French Mirage 2000 jets targeted the convoy on Sunday, Tuesday and Wednesday, destroying about 20 of roughly 50 pickup trucks the rebels started out with, the French armed forces said in a statement.

Chadian forces had already tried to stop the column with airstrikes at the beginning of February, before asking France for warning passes and then strikes.

An armed forces spokesman said the convoy had crossed 400 kilometres (250 miles) of Chadian territory before being halted between Tibesti and Ennedi in the northwest.

An anti-Deby rebel group, the Union of Resistance Forces (UFR), claimed to have crossed into northern Chad with “three columns” of vehicles.

On Friday, the group said it had suffered “damage” after the French strikes, according to one of its members Mahamat Doki Warou.

Another source from the group told AFP that ten fighters had been killed.

The UFR was created in January 2009 from an alliance of eight rebel groups.

In February 2008, a tripartite insurgent group, moving in from the east, reached the gates of the presidential palace in N’Djamena before being repulsed by Deby’s forces.

Chad, a vast and mostly desert country with more than 200 ethnic groups, has suffered repeated coups and crises since it gained independence from France in 1960.

Under Deby, a former head of the armed forces, the country has taken a leading role in the fight against jihadism in the Sahel region.

It is part of a West African coalition fighting the Boko Haram insurgency, and a member of the French-backed G5 Sahel anti-terror alliance, which also includes Burkina Faso, Mali, Mauritania, and Niger.