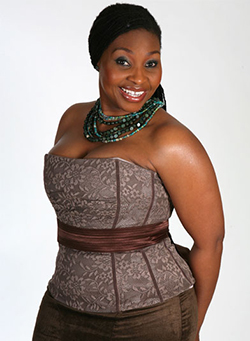 SOUTH African diva, Yvonne Chaka Chaka has made a volte-farce over the omission of President Robert Mugabe from her 2010 song paying tribute to regional leaders who fronted the fight against colonialism.
Chaka Chaka was responding to media reports alleging that she had snubbed Mugabe because “he has overstayed in power” in the title track of her 10 track album Amazing Man.
“Growing up all I ever wanted was to be a Zimbabwean, they had their freedom, and President Mugabe is a leader I respect.
“I respect President Mugabe because of what he has done for his people. If you look around Zimbabweans are some of the most educated people we have,” Chaka Chaka told news channel eNCA’s Kwangu Liwewe host of the program Africa360.
Liwewe had asked if it was true that Chaka Chaka had omitted Mugabe from the song because of the Zimbabwe strongman’s mis-rule to which the singer responded that she had great respect for the veteran leader.
“Maybe there will be a song befitting of him in future. Leaders should however not put people at arms’ length after elections, they should respect people,” said Chaka Chaka.
In January Zimbabwean media reports claimed Chaka Chaka had deliberately excluded Mugabe from the song which she said is a tribute to anti-apartheid icon and first South African black President Nelson Mandela and other anti-colonial nationalists.
Local media quoted the songstress as having said;
“The very first trip outside South Africa that I ever took was to Zimbabwe in 1986 and I loved it there,” she reportedly said.
“Now every time I sit with Robert Mugabe I ask him if he could take the country to where it was when I first went there.
“As much as I love Mugabe, I did not add him in the song because I think he has overstayed his welcome.
“If he had not stayed that long, then I would have added him because in a democracy he was that ‘big brother’ who changed with time.”
Mugabe, in power for 35 years, has attracted criticism for ruining a once-thriving economy he inherited from the rogue Rhodesian regime in 1980 following independence from Britain.
The Zimbabwean leader has also been accused of rampant human rights abuses.
He however rejects the criticism, blaming Zimbabwe’s woes on interference from Britain.Advertisement