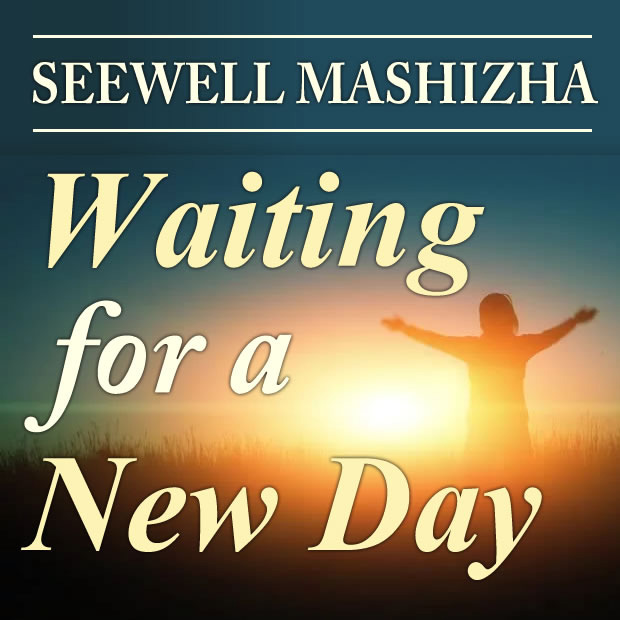 IN the coming few weeks I intend to unpack each of our prospective presidential candidates in terms of their potential and what they are likely to offer the country and the electorate.

Contradiction and double-speak is part of the MDC’s broad repertoire of negative skills. These suspect attributes appear to be a part of the party’s DNA that will not go away quickly.

Despite the reverence that Morgan Tsvangirai is now getting after his demise and despite the fervour with which former rivals now eulogize him and shamelessly struggle to outdo each other by way of heaping adulatory superlatives on him, one of his more lasting legacies is that of inconsistency and playing to the gallery.

After the shameful behaviour of MDC-T party youths at Tsvangirai’s funeral, Obert Gutu said he had resigned from the party only to re-surface later in Bulawayo where he was emphatic that he was still in his post regardless of what anyone else was saying.

Speaking on Twitter in the aftermath of the Bulawayo violence that left many injured and flabbergasted, Gutu said:

While no name is mentioned there is no prize for guessing that the acerbic comment is aimed at Nelson Chamisa, the now holding the post of MDC-T president. This is reference to the way in which, using threats and promises of reward, Chamisa has imposed himself as president of the party without the express approval of the party’s congress. One wonders what makes Chamisa so loathe to subject himself to the processes of congress given his much-touted numbers and charisma.

Nevertheless, what Gutu alleges is not entirely off the mark. Chamisa is given to violence. The difference now is that he is less subterranean about it. The streak of violence in him first reared its head during his days as president of the Students Representative Council at the Harare Polytechnic. Significantly, even now that it is paramount to conduct peaceful campaigns he is , in fact, perpetrating violence against his own colleagues and even claims to have been anointed by God to lead the nation.

Chamisa is a pastor of sorts, one who does not preach the love and peace of God which passes all understanding, but speaks with a forked tongue as first people Americans used to say in the days of their colonisation and subjugation when treaty after treaty was violated with abandon by marauding colonists. In a video on YouTube, Chamisa says during his days as the MDC Organising Secretary God told him that he was going to go to the United Nations. This is clear evidence of his presidential ambitions from way back when.

In addition to his propensity for violence Chamisa is also a bootlicker when it suits him. Within the MDC-T hierarchy, Chamisa probably stands head and shoulders above everyone else, but does so for suspect reasons.

Chamisa is thought by many to be divisive and politically imprudent. It is therefore not surprising that he has in recent times been among those who fawn and are inclined towards hyperbole when praising those they see as their ladder to political ascendancy at some future date singers of our time.

One wonders whether or not Chamisa was speaking tongue-in- cheek when he put Morgan Tsvangirai on the same pedestal as the biblical Moses. In doing so, was Chamisa also suggesting that Tsvangirai would himself not reach the political Canaan that he aspired for.

In typical schoolboy fashion, Chamisa also described Tsvangirai as the main actor in the movie they were making and went on to say that being the main actor he would not die since the leading star of a movie never dies. In Chamisa’s words, Morgan Tsvangirai was a man chosen by God. This invoking of a divine right to rule is something that Chamisa continues to harp upon in his other life as a would-be pastor.

Paradoxically, when not heaping praise upon Tsvangirai, and as recorded in WikiLeaks, Chamisa called Tsvangirai a “weak and inept puppet”. This is the kind of backbiting that Chamisa is known for in MDC circles and which earned him the epithet “Cobra.” His disruptiveness was illustrated in plenty when he single-handedly imposed valueless candidates across the country including the clueless Eric Knight. Giles Mutsekwa too benefitted from the ill-advised actions of Nelson Chamisa whose underhand dealings had the effect of decimating MDC structures.

The crushing defeat of the MDC-T in 2013 can be placed firmly and squarely at Chamisa’s door. And the way he is going now further pummelling his own party, the next MDC defeat has already been authored him through his creation of an unsavoury militia and the visiting of violence on colleagues with views discordant with his. It is not without foundation that Obert Gutu observes:

Cowards invariably resort to violence as their default mode in political contestation. Cowards know that they’re on a self – delusional roller coaster to a humiliating and crushing electoral defeat.

Obert Gutu will have the last laugh if his words are vindicated in the 2018 elections.

Let us for now assume that the MDC-T people find each other as they keep saying they will. Let us also suppose that Chamisa makes it to State House. Who are his ministers likely to be? In order to outdo E.D. Chamisa is proposing a cabinet of 15 ministers. It is not difficult to see where the number 15 is coming from.

The standing Council of the MDC-T is comprised of fifteen members (including Chamisa), eleven of whom were present at the meeting that called the National Council meeting that went on to confirm Nelson Chamisa as Acting President for 12 months.

To the list of people from whom Chamisa could build his cabinet if he should emerge victorious, we can also add the following: Thokozani Khupe (57), Engineer Mudzuri (60), Eddie Cross (77) and Welshman Ncube (56) and so on. Even in his own party, age will not be consequential. This would certainly not be a youthful cabinet by any measure. That there are some quite capable people on the list is testimony to the fact that you are not necessarily good or progressive because you are young. Many young people are clueless. Therefore, one is not necessarily bad or conservative because he is old. Many senior citizens are quite savvy about many things. So, as one analyst put it, a winning formula is one in which people are recognised for their true worth and for what they are capable of contributing.

For this reason, because current political discourse from opposition circles is hinged on only on youthfulness, it misses the point. Clearly, assuming that because one is of a certain age they are necessarily going to be voted for by voters in the same age group as they are is foolish and erroneous. You have to be very populist and simplistic to believe that kind of drivel.

In the year 2000 ZANU-PF neglected to campaign for the proposed referendum while the MDC did. The result of that plebiscite is well-known. The people rejected the constitution. Strangely, although the NCA had de-campaigned the constitution, it later came up with a proposed constitution that was practically a replica of the one whose rejection the NCA had contributed to.

Years later, the MDC-T and its allies took the constitutional outreach programme for granted while ZANU-PF campaigned vigorously. The result was that in large measure what the outreach yielded was a liberation war agenda and input. It was for this reason that at one time the MDC-T wanted to abandon the process of coming up with a constitution based on the submissions of the people. Not surprisingly, there were attempts to subvert the people’s will by sneaking in items that had not necessarily been enunciated by the people. There were even unsubstantiated reports of computers crashing. Those close to the process will tell you that there were attempts to modify the outcome of the constitutional outreach programme through subterfuge.

In the current BVR exercise another interesting pattern emerges. The majority of voters registered are from areas that traditionally are ZANU-PF strongholds. This points to the fact that the MDC-T has again failed to mobilise voters and that if this pattern persists the result is predictable: another miss! The conclusions arrived at here are based on a reading of the indicators on the ground at this point in time.