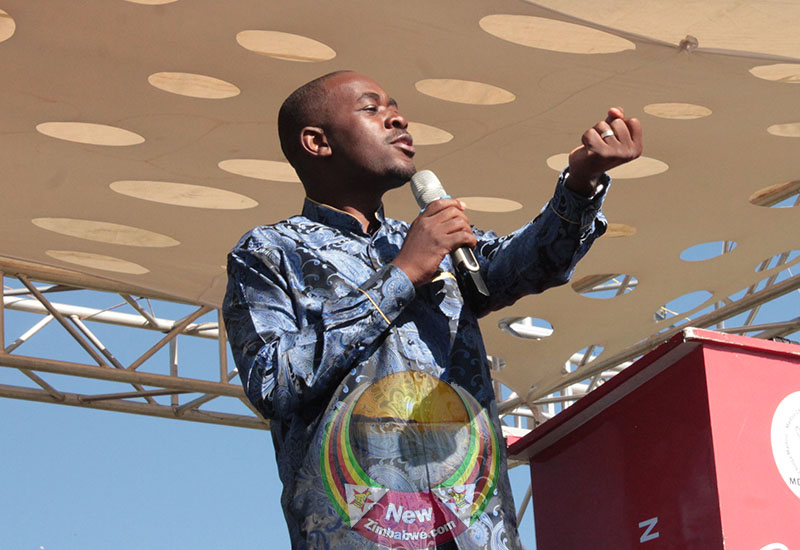 MDC leader, Nelson Chamisa who assumed his first full mandate Sunday, at the end of the opposition party’s first congress since the death of founding father Morgan Tsvangirai who died last February, has moved quickly to assert his authority literally mutilating the party constitution in the process.

According to congress resolutions read out by national chairperson Tabitha Khumalo, the party’s highest decision making gathering agreed to abandon the contentious three vice presidents adopted by Tsvangirai in 2015.

“Congress resolved that only one vice president will be elected at the next congress,” said Khumalo to loud cheers.

The three vps issue, has turned into one of the most divisive matters within the opposition party. Ironically Chamisa lost the race for secretary general to outgoing Douglas Mwonzora, at the 2014 congress but was elevated to the second most powerful position in the party before his audacious power grab hours after Tsvangirai died last year.

The only elected vice president then, Thokozani Khupe who now leads the break-away MDC-T was left to angrily brood but Chamisa pushed on.

His legitimacy has in the last few weeks been brought into question after a party activist approached the High Court and got an order to have the opposition party convene an extra-ordinary congress.

The order by Justice Edith Mushore declared Chamisa illegitimate, his appointment by Tsvangirai unconstitutional and all decisions he has made since last year invalid but the youthful politician has since appealed the decision.

In other changes to the party governance charter, the MDC will reconfigure its structures to adopt a “grassroots” approach with all existing structures ordered to conform to this order.

“The new structure will reflect the supremacy of the branch,” the resolutions read.

The party will however, retain its external provinces while the secretaries for elections, international relations and policy appointed by the president, will now sit in the standing committee.

All provinces will also be allowed to nominate five members to the national executive from the previous two with an order for gender balance.

There will also be a veterans and disabled council as full party organs in the party.