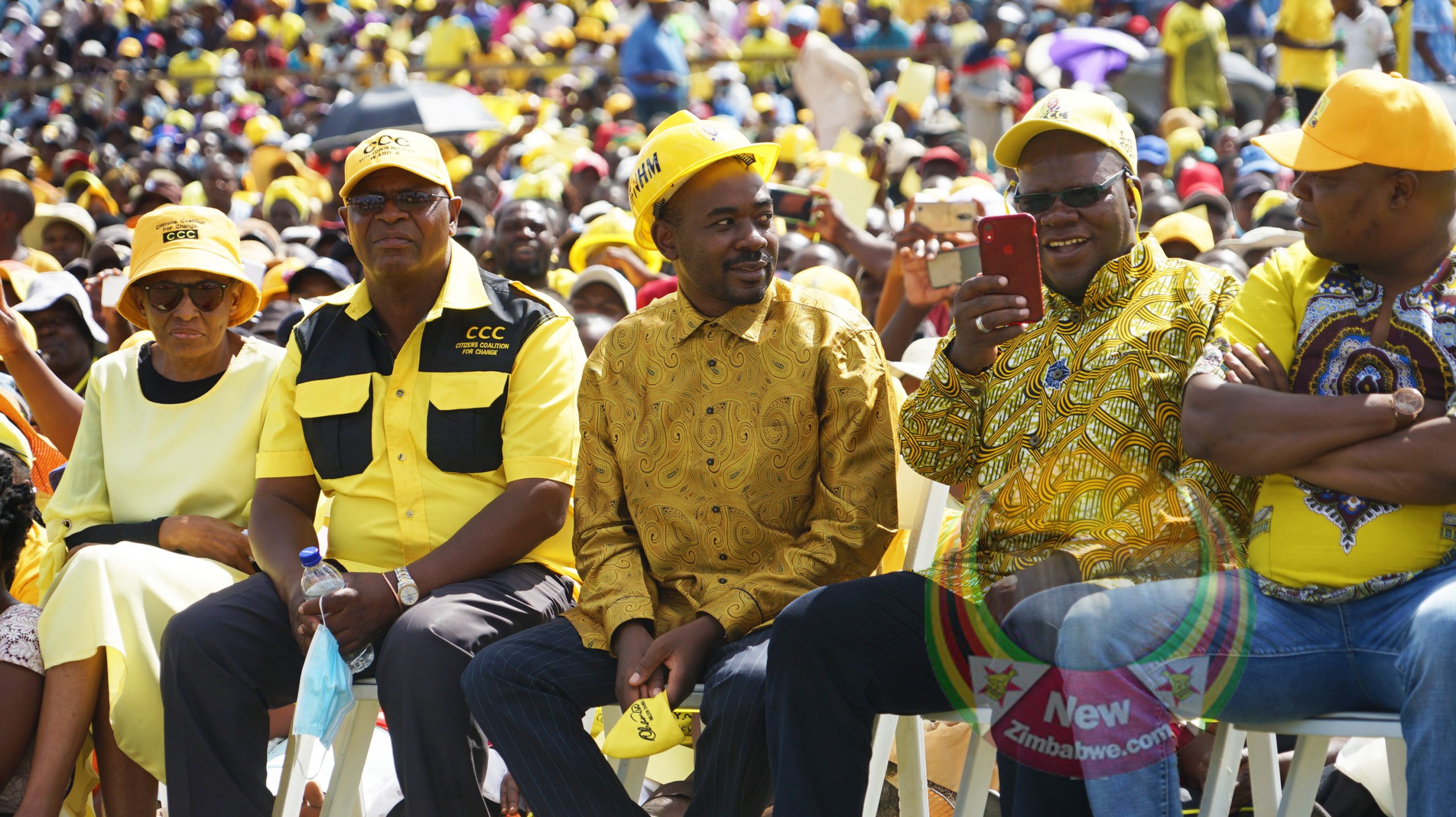 CITIZENS Coalition for Change (CCC) president Nelson Chamisa Sunday chose to sit among his supporters during his rally at Mkoba Stadium, Gweru, following claims Zanu PF wants to kill him.

Chamisa and the CCC top brass sat among the crowd, flanked on either side by his two deputies, Tendai Biti and Welshman Ncube.

Party chairperson Tabitha Khumalo, who has been ill for the past months and her deputy Job Sikhala also sat close to Chamisa.

The new setup came hours after Chamisa claimed state security agents were plotting to assassinate him at a rally in Bulawayo.

He repeated the same sentiments at Mkoba

“This government had been trying to kill me,” he said, adding: “We have done away with this system of chefs. Chefs are the citizens, not the president.”

The move, according to party deputy spokesperson Ostallos Siziba, is designed to show that the party is yet to elect its leaders.

“This is a citizens’ movement and this new setup indicates the structure of our new party which is yet to be elected,” said Siziba.