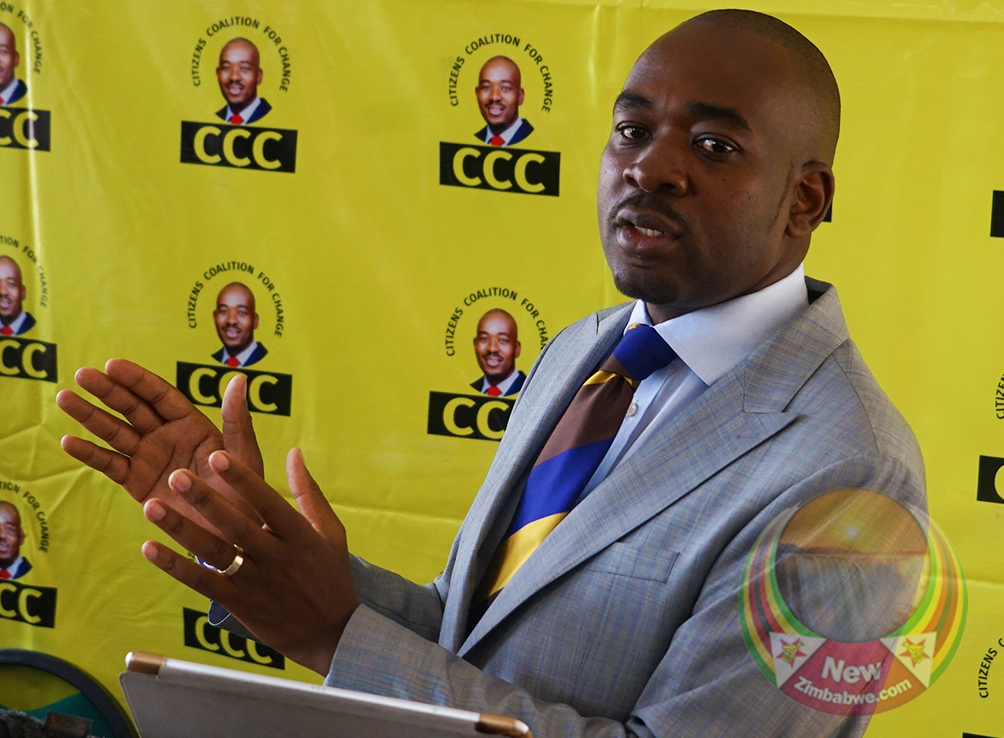 This comes in the wake of violence that erupted in Kabuyuni Thursday afternoon leaving four journalists and several CCC members injured.

Chamisa’s envoy was attacked while he was on his way to the venue where he was due to address his party members and campaign for the weekend by-elections following the death of Zanu PF legislator Leonard Chikomba.

The opposition leader failed to address his party supporters.

“There is unprecedented violence, terror has become daily dose. What shocks me is that wherever, there is always a counter program by ZANU-PF exactly at the venue where we will be holding our meetings.

“Just yesterday in Gokwe I was shocked that July Moyo, McKenzie, Ncube, Larry Mavhima were literally coordinating an alternative and counter programme not elsewhere but where we were holding our meeting and they imposed themselves on the police making the lives of our police officers very difficult.

“They chased after our convoy. We had to find ways of blocking them through our security teams. They had guns, AK47s and also 21 vehicles but I understand that July Moyo was part of that delegation. What shocked me is the Government Minister who are behaving like little thugs,” said Nelson Chamisa.

Observers have predicted a tense political battle in the run up to next year’s elections marred by violence.

CCC has witnessed some of its scheduled rallies being shelved by Zimbabwe Republic Police (ZRP) under the pretext of enforcing law.

Early this year CCC encountered acts of violence aimed at it in the Midlands province resulting in the death of Mboneni Ncube.

He also chided ZANU PF second secretary Kembo Mohadi who is on an engagement mission with rural chiefs as a strategy to maintain their stranglehold in the rural areas.

“Food is weaponised, the human rights situation in this country has gotten to another level. What has become clear is the subject of human rights.

“I also got the information that issuance of party identity cards is being done by party leadership. They want to do regiment voting, command voting. This is why Mr Mohadi has been going around the country addressing kraal heads and villagers,” said Chamisa.