“We do not want weaknesses in the party. We must have intelligence. We must know what our opponent is planning. So yes, (Costa) Machingauta is going to be in charge of that.

“Mr Emmanuel Chimwanda, a former Assistant Commissioner whom we have worked with for a long time, is now going to head our Defence and Security,” Chamisa said at a Thursday party headquarters press briefing to announce his new lieutenants.

It is however not the first time the former top cop has been tasked with security related duties by an MDC leader. 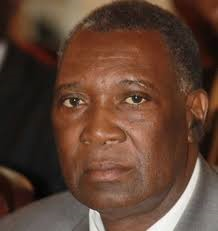 Chimwanda (pictured left) was in 2009 appointed by then MDC leader and State Prime Minister Morgan Tsvangirai (now late) to the post of director of security in the prime minister’s office.

He later dumped the police force insisting he would rather leave with his principles intact than take orders to allow some militant Zanu PF supporters to brutalise fellow citizens with impunity.