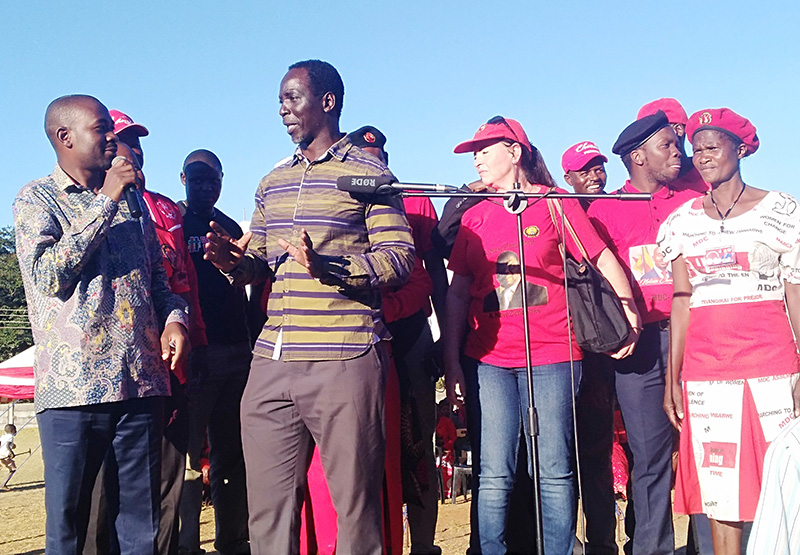 Nelson Chamisa (left) at the Hwange rally
Spread This News 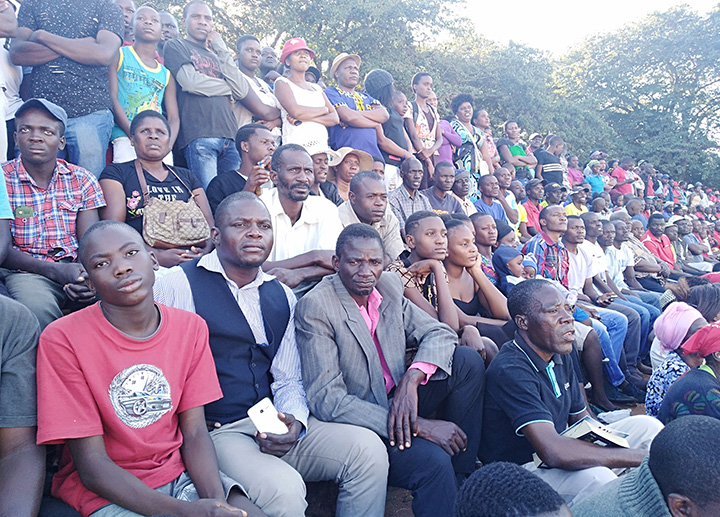 MDC Alliance leader Nelson Chamisa addressed capacity crowds at four rallies in Binga and Hwange at the weekend but not without incident after the stage collapsed in Hwange on Sunday.

Chamisa had marathon rallies at Lusulu and Manjolo in Binga on Saturday before making two more campaign stops in Hwange and Victoria Falls Sunday.

However, soon after delivering his address to supporters at Hwange Old Grounds, Chamisa invited MP designate Fortune Mguni and some aspiring councillors to join him on the podium.

As he introduced Mguni, the stage collapsed with all council candidates falling to the ground.

Chamisa and Mguni were rescued by alert security guards who reached out for them separately, ensuring they remained on their feet atop the collapsed stage.

The MDC-T leader jokingly blamed the mishap on Zanu PF saying the ruling party had sent “some winds” to destroy him. Earlier, a whirlwind that swept across the venue.

Meanwhile, in his address at the Hwange rally, Chamisa accused president Emmerson Mnangagwa and Zanu PF of destroying the economy.

He said Mnangagwa was now “auctioning the country by saying Zimbabwe is open for business.”

“I doubt Mnangagwa’s capacity to turn around the economy,” he said.

“He should have invited me and Tsvangirai to help him which he chose to take (vice president Constantino) Chiwenga.

He told supporters he was confident of victory in the July 30 vote but warned that he would not budge on the Alliance’s demands regarding the ballot paper.

“If we don’t agree on the issue of the ballot paper, on who will print it and its security, elections will not be held.

“We are working with our comrades within Zanu PF who are feeding us with information,” he said.