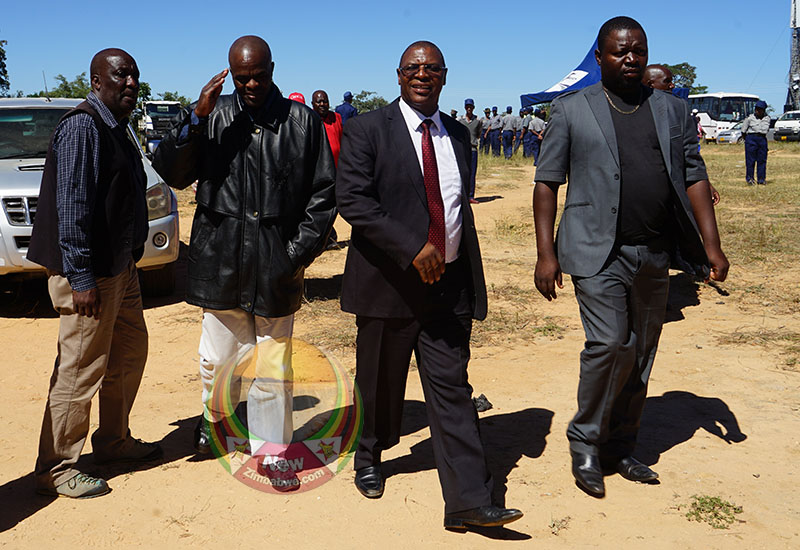 MDC leader Nelson Chamisa, has defended his party’s decision to have three vice presidents arguing this was in sync with the opposition movement’s founding values especially its roots in the Zimbabwe Congress of Trade Unions (ZCTU).

“People have asked why we have three vice presidents. I have said the MDC was formed from the ZCTU which has four deputy presidents.

“We have three and not four like our ‘mother ZCTU’. We will however have this arrangement at party level only,” Chamisa said to wild cheers.

Asked by newzimbabwe.com recently about his thoughts on the vice presidential arrangement in the party, Chamisa said congress would have final say.

“Its an issue that we will take to congress and that is where a decision will be made,” he said last month.

The 41-year-old lawyer is a beneficiary of the three vice presidents decision, two of whom including him were appointed by Tsvangirai in 2016.

Chamisa had lost his bid to become MDC secretary general to Douglas Mwonzora at the October 2014 congress, but in a shock move a few months after publicly announcing he had colon cancer, Tsvangirai elevated the then 38-year-old into the MDC presidium along with Elias Mudzuri.

Thokozani Khupe, then the only elected vice president, was left fuming while Mwonzora could not make head-or-tail of what had hit him.

Tsvangirai claimed the move was to strengthen the party and make sure in the campaign, ahead of the 2018 elections, he would be allowed to rest and not work as much as would have been expected of him.

As fate would have it, Tsvangirai lost his battle to cancer February last year, four months before the elections, triggering a vicious power struggle that was won hands down by Chamisa. Khupe sulked and left the party while Mwonzora and Mudzuri remain unsure of their future.

Reports have indicated that Chamisa is in a dilemma, following the adoption of a resolution by the national council to guarantee that one of the vice presidents will be a woman.

Mudzuri remains the rank outsider after his fall-out with Chamisa following Tsvangirai’s death but Komichi has remained loyal, popular and would be difficult to leave out.

Chamisa may also want to appease the tribal card by making sure Ncube gets elected.

However, the former Industry Minister is not the most popular politician within the MDC. On the other hand Biti thinks he deserves to be vice president and might actually win fairly at congress according to insiders.

“If as expected Biti and Komichi win for example, the dilemma is this would upset the tribal balance and Chamisa might then have to appoint Ncube which is probably why he spoke about the ZCTU having four deputies. He was preparing people for that possibility,” newzimbabwe.com heard.

Chamisa said however this arrangement would be limited to the party and not government if the MDC wins power.

“Our government will be lean and mean. We will not conflate the party and government as Zanu PF has done,” the MDC leader said.